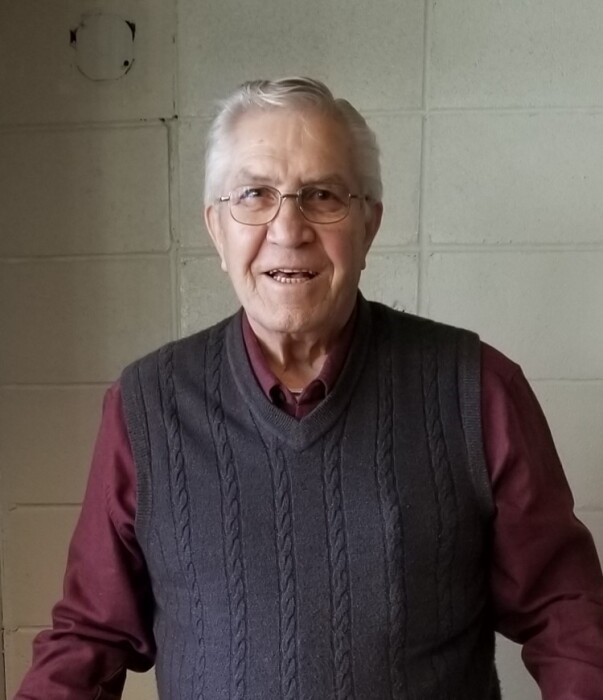 Bill was born on January 12th, 1938, to Mary (Safruik) and George Karol at Kittson War Veterans Memorial Hospital in Hallock, Minnesota, the 5th of 9 children. He grew up near Lake Bronson, Minnesota

In 1960, at 22, he joined the Army and served 2 years. He then worked at various jobs (farm hand, lumber jack, Samsonite luggage, Minneapolis Water Works) until he eventually found a joy in carpentry.

In 1964 while living in Colorado, he met Barbra Dykoski (also from MN) and on January 2, 1965, they were married. They lived in Colorado for just a short time, where their first daughter Connie was born, before they moved back to Minnesota and settled in Columbia Heights where daughters Suzie and Laurie and son Benjamin where born.

Bill worked as a carpenter for the Minneapolis public schools for 25 years until his retirement in 2003 at the age of 65.

For 50 years he was a devoted member at Church of All Nations (previously Shiloh Bethany Presbyterian Church). Through church he and his son went on a mission trip to Ivanovo, Russia. And for many years after his retirement, he helped mow the lawn and care for the church building.

He was a long-time member and 1-year as president of the Columbia Heights Lions. He enjoyed the friends he made there and participating in the various events that they held.

Bill loved hunting and fishing and rarely missed an opener. He was an avid cribbage player and enjoyed going out dancing. Gardening and getting together with family and friends brought him great joy.

Bill was a wonderful husband, father, grandfather, and great-grandfather. He loved having his grandchildren and great-grandchild around him. We will miss his big bear hugs and so much more. He will live in our hearts and memories forever.

Funeral service to be held on Mon, Aug 8 at 11AM with visitation one hour prior, at Church of All Nations, 4301 Benjamin St NE, Columbia Heights.

SERVICES WILL BE LIVESTREAMED BELOW.

To order memorial trees or send flowers to the family in memory of William Karol, please visit our flower store.