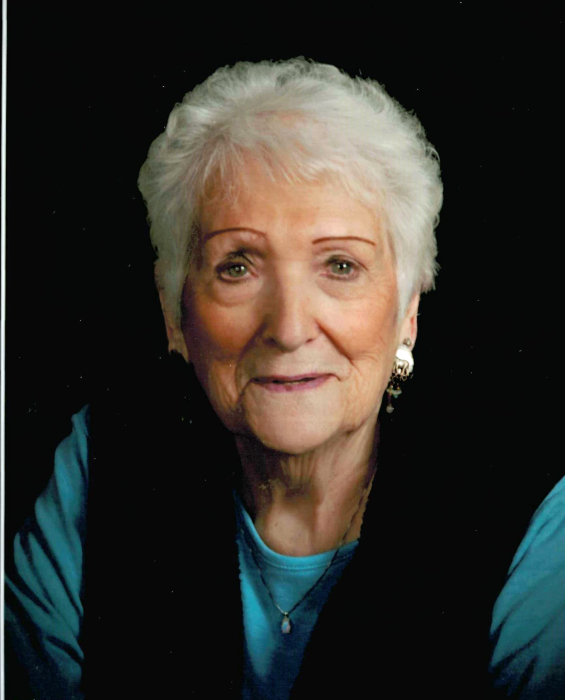 Adele Marie Swanson was born on August 14, 1925 to George and Elsie (Pfarr) Spangenberg in Hibbing, Minnesota.  She attended the Hibbing schools and graduated from Hibbing High School in 1943.  After graduation, she traveled to Minneapolis to look for work.  It is there she met Carl J. Swanson in January of 1944.  On July 7, 1944 they were married in Hibbing, Minnesota.  In March of 1946 Carl and Adele purchased 2 ¼ acres in Fridley.  They made their home in the location until their move to an assisted living facility in Cambridge, Minnesota in October of 2016.

Adele had a variety of jobs over the years.  She worked at the Twin Cities Arsenal, Northrup King Seeds, and Secretary at Hayes Elementary and finished her working career at Honeywell as an Analyst.  She enjoyed her early retirement in 1974.

She used her free time to volunteer for a number of activities at Redeemer Lutheran Church as well as delivering Meals on Wheels.

Adele enjoyed baking, (especially cookies for Carl), decorating her yard with hanging flower baskets in the summer and going shopping for clothes and jewelry,

Adele Passed away on Saturday June 2, 2018 at Grace Pointe Crossing in Cambridge, MN at the age of 92.

Adele was preceded in death by her parents, George and Elsie Spangenberg, her brother Burt Spangenberg and sister Argyle Stevens.

To order memorial trees or send flowers to the family in memory of Adele Swanson, please visit our flower store.