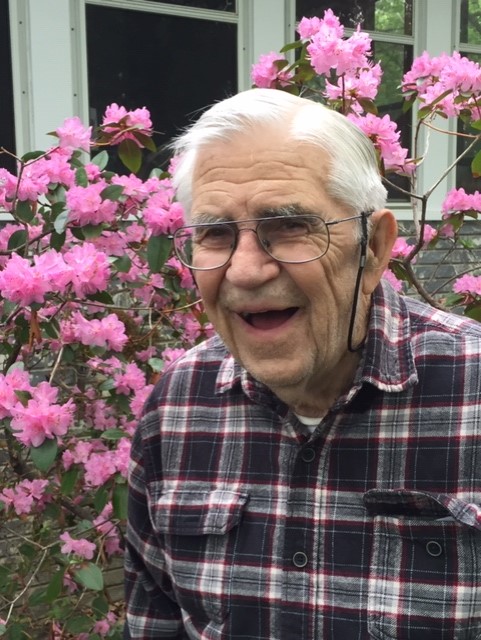 Aldeen B. Underland, born October 21, 1932 to Elmar and Alice Underland of Ellendale, MN.

Al grew up on the family farm in Ellendale, surrounded by his younger siblings: Gary, Carol, Richard, Paul, and nearby cousins.  He graduated from Ellendale High School in 1950. After trying his hand at different jobs and adventures, he joined the U.S. Army where he was stationed in Germany. Al had many more adventures and travels during his time in Europe which he very much enjoyed retelling.

Taking advantage of scholarships and the GI Bill, he attended St. Olaf, then Mankato State University where he graduated in 1959. Before he graduated college, he courted and married Ingrid Adele Amley of New Richland, MN in 1957, who preceded him in death in 2012.

After college he taught high school and coached wrestling in Remer and then Pine Island, MN. By 1964, Al had become a computer programmer with Univac (eventually Unysis) in Roseville staying with the company for nearly 30 years.

Aldeen had a life-long passion for fishing. He spent time nearly every summer in Ontario, Canada chasing that elusive trophy catch. He also enjoyed the camaraderie and challenge of deer and pheasant hunting. He and Ingrid continued their love of the outdoors by traveling across the US by road tripping- coffee thermos always at hand.  They also very much enjoyed cruising, from European rivers to cold Alaskan waters, appreciating many cultures along the way.

Al was a passionate professional and college sports fan: attending state wrestling tournaments year after year, stoically cheering on the Twins and Vikings, always ready with a bit of news about a women’s or men’s college basketball star. He made sure he was home in time for the games! He was well known in his neighborhood as it changed over the 50 plus years he lived there. He seemed like an ambassador, always ready with a wave to friend or stranger as he walked his dog.

A special thank you to the Hospice Care Team from Allina and the nursing team from Crestview who’s care and kindness in Aldeen’s last weeks were of incredible comfort to us.

While maintaining social distancing guidelines, we are now able to accommodate gatherings of up to 250 people. The use of face masks by attendees is recommended, and we will continue taking the necessary steps to keep our facility clean. For those who prefer or require continued precautions, webcasting and/or livestreaming is available in most situations.

We would be honored by any donations made in Aldeen’s name go to Union Gospel Mission – www.ugmtc.org

To order memorial trees or send flowers to the family in memory of Aldeen Underland, please visit our flower store.

Gathering of Family and Friends