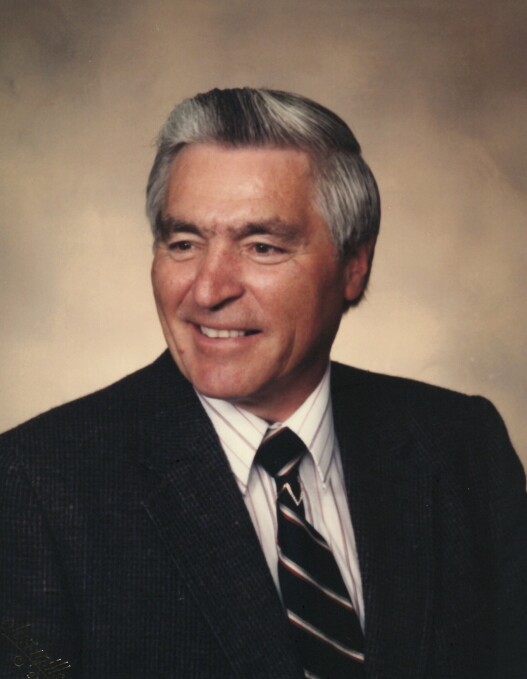 Alfred “Al” Bates passed away on March 16, 2022. Al was born August 14, 1929 on the family farm in Eau Galle WI to the late Harry & Rose (Hartung) Bates. He grew up a farm boy and graduated from Durand HS in 1948. After Graduation Al worked for the Milwaukee Railroad.

On April 26, 1951, Al was inducted into the US Army. He was assigned to the First Calvary Division based in Korea. After his tour, Al attended the U of M graduating in 1958 with a BS degree in electrical engineering. He worked for Honeywell on the Apollo program. After completion of the Apollo program, Al worked for Control Data as a production engineer building computer products.

On July 22, 1954 Al married Mary Lou Germscheid. To this union, 7 children were born. They lived in student housing until they built a home and moved to Columbia Heights where they raised their family.

In 1982, Al started Alternative Homes of Minneapolis Inc. to support persons with substance abuse, livability issues and those alienated from their families. Al later sold the business to his son David.

Al enjoyed camping, hunting, fishing, playing cards and spending time with his family. He volunteered for AARP and Anoka County filing tax returns and driving to medical appointments for the elderly and under privileged.

Al is preceded in death by his loving partner, Bernice Peterson; his son, DJ; parents; 6 brothers and 4 sisters.

Mass of Christian Burial at 11:00 a.m. on Tuesday, April 19th at Immaculate Conception Catholic Church with visitation one hour prior. Burial at Sunset Memorial Park.

In lieu of flowers, memorials are preferred to the Salvation Army or American Cancer Society.

To order memorial trees or send flowers to the family in memory of Alfred Bates, please visit our flower store.