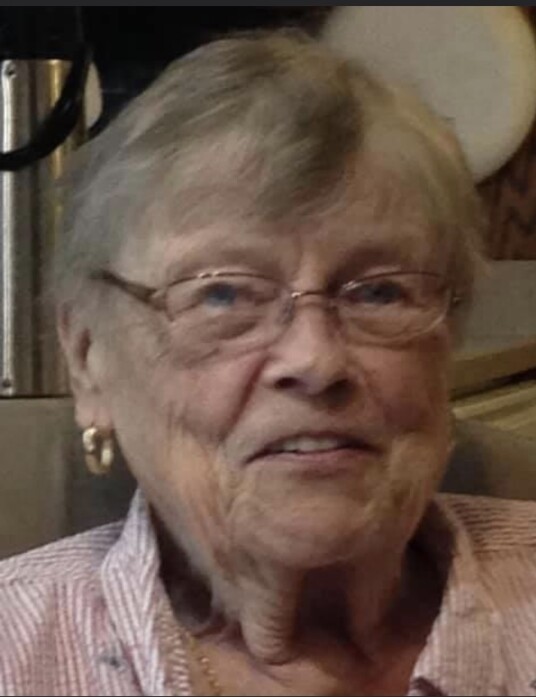 Born in Minneapolis, Anna enjoyed all that Minnesota had to offer. She was an athlete, coach, referee, friend, wife, mother, grandmother and true outdoorsman.

She graduated from the University of Minnesota with a BS Degree in Physical Education and a minor in History where she was a three sport athlete; volleyball, basketball and softball.

After graduating from the U she began her teaching career in the Roseville school system. Later she met and married Lars “Gus” Anderson whom she had two children with, Sheryl and Erik. She retired from teaching and became a full time mom while still playing golf, bowling, officiating basketball and volleyball; and starting her own business scheduling volleyball officials for twin cities high schools and community colleges. She even had a short-lived career coaching collegiate softball at both Inver Hills and North Hennepin Community Colleges. As her children got older she began coaching Fridley youth softball and basketball for several of Sheryl’s teams.

As her officiating career progressed she was on the MSHSL rules writing committee, was a rules interpreter and became the head official at the Minnesota HS Volleyball State Tournament. In 1991 she was inducted into the inaugural MSHSL Hall of Fame for her contribution to Minnesota women’s athletics. Around that same time she also became a Big 10 volleyball official. Anna v olunteered for the International Special Olympics when it was held in St. Paul as well.

When Anna wasn’t coaching or officiating she loved spending time outdoors, especially at the cabin. She enjoyed canoeing, fishing, hikes through the woods and campfires with s’mores and a big glass of wine. The winter months at the cabin consisted of snowmobiling, cross country skiing, ice-skating, cribbage, puzzles, board games and enormous indoor fires.

Anna was a lover of life and her family, strong-willed, determined and tough as concrete, right up to the end.

To order memorial trees or send flowers to the family in memory of Anna Anderson, please visit our flower store.
Open