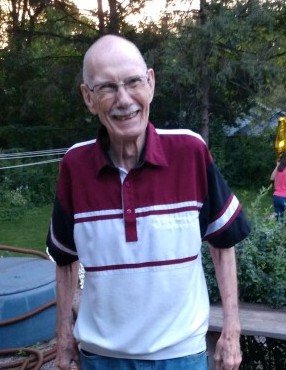 Carl Nyberg was born and raised in Alexandria, MN. Shortly after graduating high school, Carl served in the US Army for 3 years, stationed in California and Alaska. While he was away from home and upon his return, he was an avid bowler and cribbage player. His other hobbies included collecting coins, playing bingo, and testing his luck at slot machines. Prior to retirement in 2014, Carl worked in the flooring industry for over 50 years.

Carl enjoyed spending time with his family. He was a devoted husband, father, and grandfather. With his grandchildren, Carl loved playing bean bag toss (as long as he had a good partner), board games, and cracking jokes. He was selfless and kind to everyone he encountered and never failed to put a smile on people’s faces, even until the very end. He will be remembered for being a genuine man that always put his family first.

Funeral service at 12PM with visitation beginning at 11AM on Monday, June 22, 2020 at Miller Funeral Home. Private interment at Fort Snelling National Cemetery. Memorials preferred to Alzheimer’s Association of Minnesota or donor’s choice.

To order memorial trees or send flowers to the family in memory of Carl Nyberg, please visit our flower store.