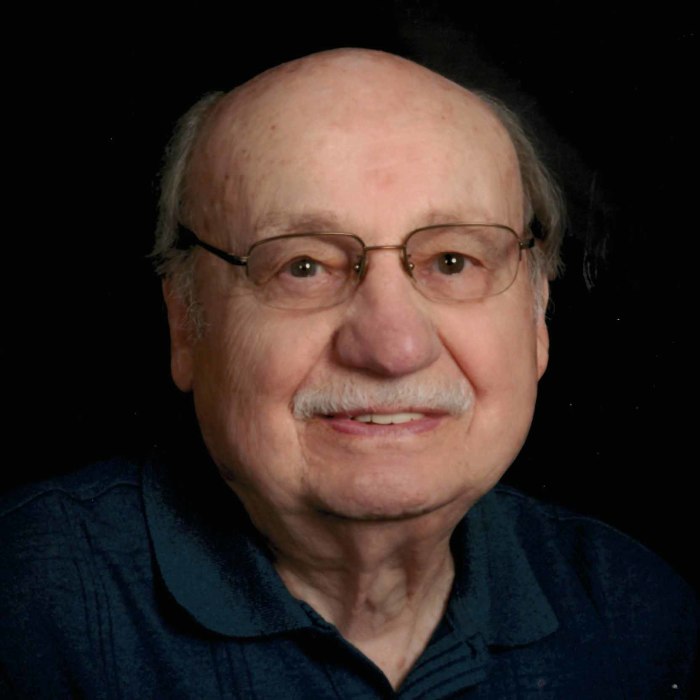 Carl John Swanson, age 99, of Fridley, Minnesota, passed away on July 19, 2019. Carl was born in Grasston, Minnesota on June 14, 1920 to Edwin and Emma (nee Surdey) Swanson. He attended the Grasston schools and graduated from Grasston High School in 1939. After graduation he traveled to Minneapolis to find work. It is there that he met Adele Spangenberg in January of 1944. They were married on July 7, 1944 in Hibbing, Minnesota. In March of 1946 Carl and Adele purchased 2 1/4 acres in Fridley. They made their home in the same location until they moved to an assisted living facility in Cambridge, Minnesota in October of 2016. Carl worked at various jobs over the years and then settled into working with sheet metal. He spent 25 years working in the engineering layout department for Precision Sheet Metal in Fridley. He retired in 1985. Carl enjoyed going to car shows, working in the yard, playing cards and working with numbers. He loved sweets and enjoyed the many cookies and baked goods that Adele made for him. Carl was preceded in death by his wife; parents; brother, Earl Swanson; sisters, Margaret Johnson and Jenny Peterson. Carl is survived by daughter, Karleen (Wilbur) Nelson of Isanti, Minnesota; 3 grandsons, Chad (Marcy) Nelson of Hudson, Wisconsin, Kerry (Blanca) Nelson of Ham Lake, Minnesota and Bjorn Nelson of Isanti, Minnesota; 7 great-grandchildren; brother, Jim (Charlene) Swanson of Grasston, Minneosta.

To order memorial trees or send flowers to the family in memory of Carl Swanson, please visit our flower store.