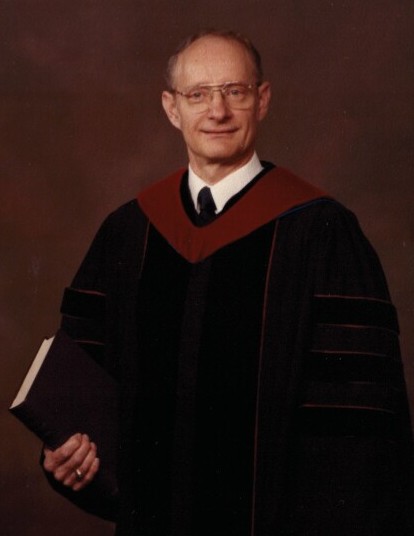 Clarence Robert Beard, born in 1926 to Ray A. Beard and Charlotte Manchester Beard in Canfield, Ohio, passed away at the age of 95 on December 6, 2021, at J. A. Wedum Residential Hospice in Brooklyn Park, MN.  He graduated from Canfield High School in May 1944. He was drafted into military service in World War II and was trained as a nose gunner on a B-24 heavy bomber. After serving in the U.S. Army Air Force, he entered The College of Wooster in Wooster, Ohio. Clarence graduated from Wooster in the morning of June 11, 1951. That afternoon he married his college sweetheart, Edith Melissa Morlan.

In the fall of 1951, the Beards moved to Chicago where Clarence entered McCormick Theological Seminary.  He graduated in May 1954 and received a call to a two-point parish in Morgan and Wabasso, Minnesota. There he was ordained into the gospel ministry on July 29, 1954 in the Presbytery of Mankato.

In the fall of 1956, Clarence accepted a call to the First Presbyterian Church in Alta, Iowa. He served that northwest Iowa parish for 32 years until his retirement in October 1988.  While in Alta, Clarence was very active in the work of the Church and in the Community. His listing in Who’s Who in the West and Midwest in the early 1970’s states that he was serving on 14 committees in the community and church, and was chairman of seven of the committees. His longest term of service in the community was as President of the Public Library Board for 25 years. Beyond the local community Clarence served the Presbyterian Church as Moderator of Presbytery for two different terms, and was elected to most of the committees of Presbytery at various times. His most constant service was to the Presbyterian Camp on Lake Okoboji as Camp Director or Assistant for 19 years.  Clarence served on Synod Committees and was a Commissioner to the General Assembly of the Presbyterian Church in Oklahoma City in 1964 and Philadelphia in 1977.  The Alta congregation encouraged Clarence as he worked toward his Doctor of Ministry degree from McCormick Theological Seminary, which he received in 1982.

After Edith’s retirement from the Alta Elementary School in 1991, the Beards moved to the Minneapolis area to be close to their three children and grandchildren.  In retirement, Clarence enjoyed golfing, bowling, collecting stamps, volunteering with the Presbyterian Church of the Way in Shoreview and in his grandchildren’s school, and attending family activities.  He was pleased to officiate or read at his three children’s weddings and to officiate at his eldest grandson’s wedding in 2014.

Clarence was known for his integrity, gentle humor, and dedication to his family.  The family is grateful to the staff at J. A. Wedum Residential Hospice for their tender care of Clarence for over 15 months. He will be dearly missed by his family and friends. Preceded in death by his parents and brother, Edmund. Survived by his wife of 70 years, Edith; children Ruth Johnson (Daniel), Tim Beard (Wendy), and Janet Clarke (Richard) and five grandchildren and three great grandchildren.

(Portions of the information here are from an article Clarence wrote for a newsletter when he received recognition from the Presbyterian Church in retirement.)

Memorials in lieu of flowers can be made to Presbyterian Church of the Way, Shoreview, MN, designated to the memory of Clarence Beard.

To order memorial trees or send flowers to the family in memory of Clarence Beard, please visit our flower store.