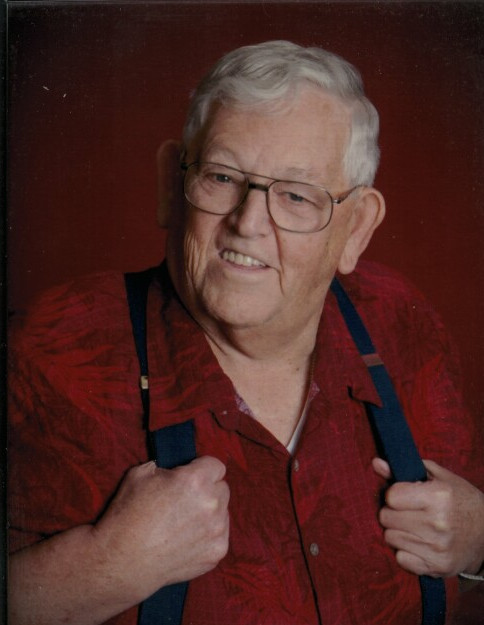 
Uffda. The world lost a good one.

Cliffy grew up in the town of Spicer and, in his youth, worked on family farms, thus beginning a lifetime of telling his children farm related stories mostly involving his love for cream on his cereal and walking uphill to school. As a teenager he was heavy handed with the hair gel and all in on roller skating to meet girls.


He graduated from Wilmar High School in 1955 and a few years later he met Hibbing native, Linda Lou Solinger. They were engaged shortly before Cliff was drafted into the Army. He served two years, three months, 15 days, 6 hours, and 35 minutes. The “seconds” remain a mystery.

Linda and Cliffy’s long distance relationship beat the odds and in 1962 the lovely couple tied the knot, moved to Fridley, and together they raised three wildly successful children.  Cliffy was a gem of a father to his kids and never missed a game or activity. Later, Cliffy spent summers at the lake with Colleen and her family, had coffee each morning with “Jake” (Cathy) over FaceTime and hunted with Jeff until having lunch together was easier and, thankfully, didn't require hand warmers.


His eldest grandchild was 14 months old when he lovingly named his grandpa “Dumps.” It stuck like glue and Dumps was always a steady presence in their lives. That oldest is now 26 and Dumps still went to his beer league hockey games at 9pm on Monday nights. You could always count on Dumps to be your biggest and best fan.


Long embracing a minimalist wardrobe Cliffy had a unique sense of style with his signature suspenders, tall socks, and cargo shorts. He also wore a backup belt, as you can never be too careful with the security of your pants. While Cliffy only wanted three shirts in his closet, he hoarded belt buckles like a Texas rodeo star.


Cliffy was a chatty character and would often engage perfect strangers. If they were unwilling to chat or English was not their primary language this was not a cause for concern as Cliffy would just double down on his friendliness until they came around. Cliffy was a busy guy. Senior dining, bingo, dimes, breakfast dates, bocce ball league, bible study, live music, cards with Colleen, grandkids and visiting his sister were always on his WEEKLY agenda. He was on the go so much that we put a tracker on his phone so we could keep an eye on him.


Never one to actually engage in the cooking or the preparing of food, Cliffy preferred Applebees and was truly baffled when another restaurant was suggested. He was their best customer and with Cliff’s passing Applebee’s revenue will take a steep hit.

A Teamster until the end, Cliffy worked at United Parcel Service (UPS) for nearly his entire career and thus had strong opinions about your driving. He used his horn sparingly while driving but liberally when it came to rounding up his embarrassed teenage children. He also employed a whistle strategy with his offspring as though they were three Labrador retrievers.


We loved him dearly and are heartbroken he’s gone from our daily lives. A dedicated spouse to his beloved Linda, it brings us great comfort to think they are now reunited. He is survived by his favorite sister: Renae (Joe) Walto Children: Colleen (John) Feyo, Cathy “Jake” (Aimee Forehand) Jacobson and Jeff (Christina) Jacobson. Grandkids: Andy Feyo, Hunter, Reagan and Maxwell Jacobson. He was preceded in death by his wife, Linda, his brother, Jim, his parents, a very mean cat and the Queen.


A service will be held on Thursday, October 13 at 11am at St. Williams Church in Fridley.  A lunch of tater tot hot dish served by Jane’s crew will follow. Visitation will start at 10am so come early so you can have awkward conversations with the grandkids. They’ll love that. On Friday, the family will take Cliffy to Ft. Snelling for a private burial.


Cliffy loved the senior dining program and music, so if you feel compelled to make a donation in his name, in lieu of flowers, please consider the MAYC in Blaine. Donations will provide live music performances for the seniors. How fun is that!? MAYC 9150 Central Ave NE, Blaine, MN 55434

To order memorial trees or send flowers to the family in memory of Clifford "Cliffy" Jacobson, please visit our flower store.