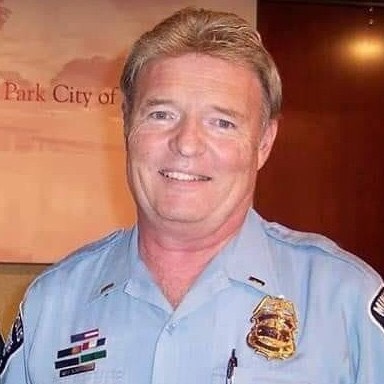 Dale Norris Barsness, age 73 of Minneapolis, MN passed away on Friday, June 28th at North Memorial Hospital.
Dale was born to Norris and Maleta (Pestorious) Barsness on September 16th, 1945 in Minneapolis where he was also baptized. His family moved to Albert Lea where sister Dyann was born. Eventually the family moved to a farm south of Glenwood, MN to be near Norris' parents. There they attended Barsness Lutheran Church where Dale was confirmed. He graduated from Glenwood High School in 1963, then went on to attend Fergus Falls Jr. College and Wahpeton School of Science before attending the Minneapolis Police Academy. He graduated as a police officer in August 1968. He retired from MPD on September 10, 2010 serving 42 years. During those years he worked on the street, undercover, and eventually made Sergeant and then Lieutenant. During those years he over saw the 4th precinct, the homicide division, auto-theft, and sex crimes. He also served on the Police Federation for several years. He loved police work and was very proud of his years of service. Because of his high visibility positions, he was often on TV news doing interviews. His dad, who was suffering from dementia, told people he had his own TV show! Win or lose, he was a constant supporter and fan of the Twins and Vikings.
Dale is survived by his 5 children: Kimberly (Mark) Thometz of Woodbury, Jeffrey (Kerri) Barsness of Andover, Anthony Barsness of New York City, Michele (Brady) Van Kley of the Netherlands, Ashley (Brent) Lund of Olathe, KS. He is also survived by grandchildren: Mitchell, Brittany, Jeffrey-Anthony "JT", and Zachary Thometz, Trenton (Amanda) Ortner, Brendan, Jared Barsness, and Hudson Lund. His sister Dyann (James) Schumacher of Glenwood and nieces Alicia (Mike) Paul, Lindsay (Raji) Alowairdi and their families, and, nephew, Luke Schumacher. He was proceeded in death by his parents, Norris and Maleta Barsness.
Visitation 11 am - 1 pm with Memorial Service 1 pm on Thursday July, 11 at Miller Funeral Home, 6210 Highway
65 NE Fridley, MN

To order memorial trees or send flowers to the family in memory of Dale Barsness, please visit our flower store.