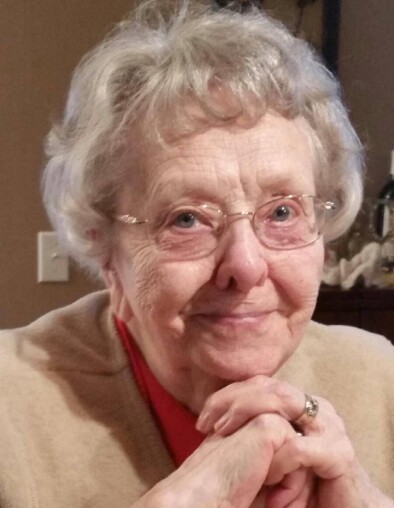 Delores Audrey Shimanski grew up in Northeast Minneapolis.  Her mom, Lillian Brede, passed away when she was very young so her and her sister were raised by their aunt, Ruth Brede and father, John F. Burmeister. On July 26, 1947 she married the love of her life Orville P. Shimanski.  Five years later they moved into the house that he built for her in Fridley Minnesota where they raised three amazing sons.

Over the years Delores worked at Jean Lange Dress Co., Robinson Siedle, and as a home health aid.   After Orville passed away on April 5, 1980, she kept busy volunteering at the Fridley Senior Center.  Later in life her passion turned to spending Friday afternoons playing cards with her “card lady” friends.

In lieu of flowers, memorials preferred to Make A Wish of Minnesota, The Ronald McDonald House or the American Cancer Society.

To order memorial trees or send flowers to the family in memory of Delores Shimanski, please visit our flower store.