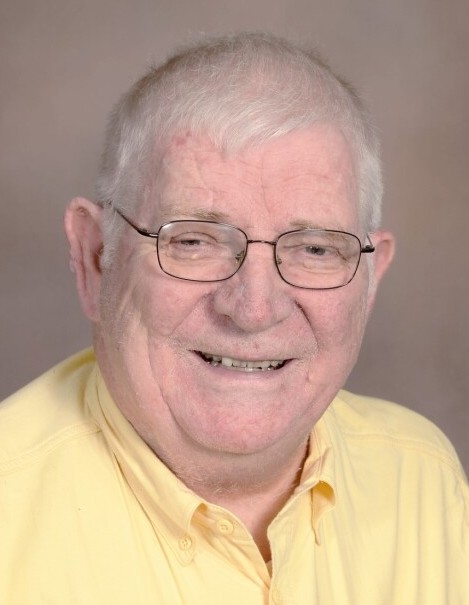 Age 82 of Mounds View was welcomed by his Lord and Savior Jesus Christ into his eternal home on October 31, 2020. He died of multiple organ failure which was a complication of a neck fracture sustained in a fall in August of this year. He survived many serious injuries and illnesses. Despite living most of his life in severe pain from various injuries, he remained steadfast in his love for Jesus Christ and his family.

Don was born May 12, 1938, in Maple Plain Minnesota. Growing up on a farm he learned early to take things apart and put them back together. From the wagons and bicycles of childhood to the cars, airplanes, boats, and homes of adulthood he used his engineering gift to build and provide for his family. He converted a storage shed in Cross Lake into a year-round home in which he and Marian lived for several years during their retirement. He repaired and maintained dozens of cars for his immediate and extended family members. He loved working with his hands, waterskiing, boating, travel, and spending time with family.

Don was a disciple of Christ and a prayer warrior. Don had a beautiful bass voice with which he ministered through choirs, quartets, and solos at Central Evangelical Free Church (EFC), the Log Church, Grace EFC, and for the Watchmen men’s chorus. He also served as a Sunday School teacher, Deacon, and small group leader. He actively shared his love for Christ with his family and friends and through outreach efforts including the I Found it Campaign, Billy Graham Crusades, and mission trips to Russia in 1993 and 1994. His hallmark song was “Jesus my Redeemer.”

Don attended Dunwoody Institute followed by an apprenticeship at Honeywell as a tool and diemaker. Don spent most of his life working for a defense contractor and in the medical device industry. His work at Medtronic, Guidant, and Boston Scientific included manufacturing pacemaker leads, and calibrating precision manufacturing equipment as a gage engineer technician.

We will miss his loving-kindness, his devotion to family, and his generous service.

We thank our family and friends who have been so supportive this year. We also thank the medical teams who worked with dad at North Memorial including chaplain Chad and nurse Ben, at St. Therese Oxbow including nurse Mikalah and Social Worker, Chelsie Plath; at United Hospital Stroke Rehab and at Mercy Hospital.

A Celebration of Life will be held Friday, November 6 at Grace EFC Fridley at 11:00 AM with visitation one hour prior. The service will be live-streamed at gracefree.org. If you are concerned about exposure

to the Co-Vid 19 or are unwilling or unable to wear a mask, we welcome you to participate via live streaming. Social distancing and masks will be required for those who attend in person.

Direct memorials to Grace EFC. Your regards to the family can be sent by mail to Marian Larson 2554 Mounds View Drive, Mounds View MN 55112, or on his Caring Bridge site. https://www.caringbridge.org/visit/donaldlarson1

To order memorial trees or send flowers to the family in memory of Donald Larson, please visit our flower store.