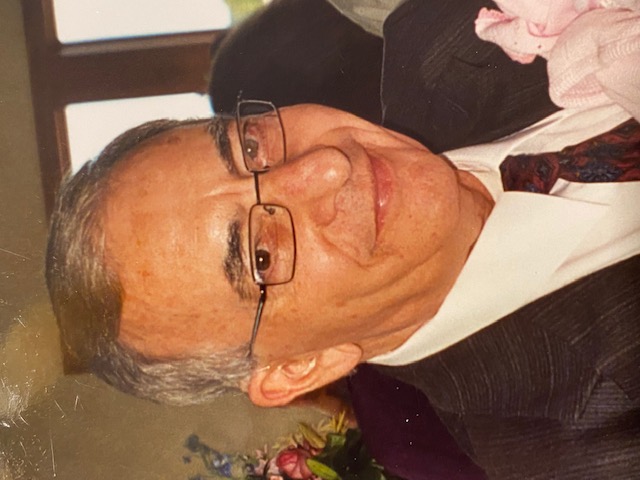 Donald George Santer “Don” passed away on August 3, 2021 at the age of 87, surrounded by love and his family.

Don was born December 4th, 1933 to George and Annie Santer, of Osakis, Minnesota.  After growing up on the family farm and attending school in Osakis, Don served in the United States Army for two years.  He completed basic training at Fort Chaffee, Arkansas and was stationed in Kaiserslautern, Germany where he was part of the rifle fire and engineering squad.  Don was Honorably Discharged with a Marksman (Carbine) Medal, and the Good Conduct Medal.  He then attended Northwestern Television and Electronic Institute.  After completing his degree, Don opened a television repair shop in Long Prairie, Minnesota and later continued his education and worked as an electrician for the State of Minnesota for 24 years.

Don created a life of hard work, family, fun and wonderful memories with his family and friends. His grandchildren held a special place in his heart. He enjoyed watching them grow and attended many of their activities. Don enjoyed fishing, hunting, biking, gardening, and playing cards.

Don was a faithful servant of God. He attended the Church of Saint Timothy and continued his faith throughout his last years with Holy Name of Jesus Catholic Church.

We are so lucky that God created such a wonderful man with a huge heart and desire to make his family happy. Don’s generous heart, compassion, work ethic and honesty have been a gift to all who knew him.

He is preceded in death by: his Parents: George and Annie Santer, Brothers: Lawrence, Clarence and Walter, Sisters: Lorraine Klimek, Lucille Pitzen and Mary Zins.

A Catholic Mass of Christian Burial will be held on Wednesday, August 11 at the Church of Saint Timothy, located at 707 89th Ave NE, Blaine, MN.  Visitation will be held at 10:00 am followed by Mass at 11:00 am.

Internment will be held on Thursday, August 12 at 11:30 am at Fort Snelling National Cemetery, located at  7601 34th Ave. S. Minneapolis, MN

To order memorial trees or send flowers to the family in memory of Donald Santer, please visit our flower store.