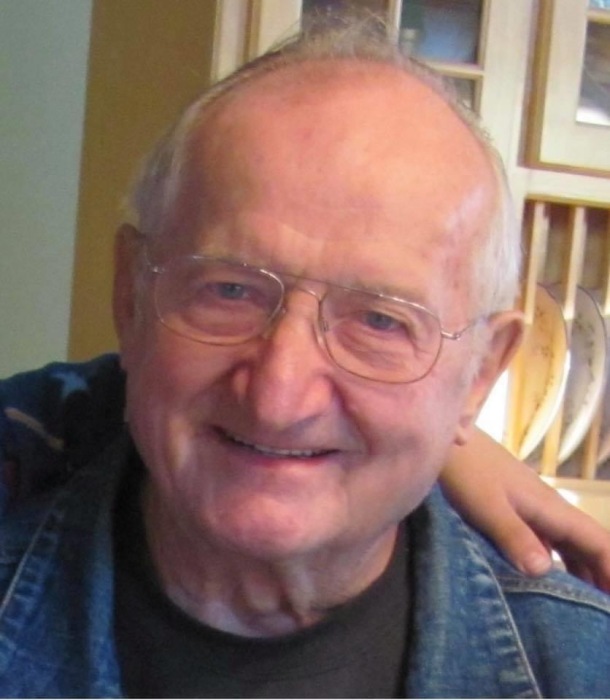 Edward Polanski, age 86 of Fridley; beloved husband, dad, grandpa, brother, uncle, and friend, passed away into the arms of our Lord on June 10, 2022.

Ed was born in Kelliher, Saskatchewan, Canada. He grew up in Grande Pointe, Manitoba, where he helped on his family’s farm, and honed his carpentry skills. After marrying Lucy in 1964, they moved to Minnesota and together raised their five children. Ed worked for 26 years as a butcher for Armour Foods. After leaving Armour, he worked in carpentry and was still very active until he became ill. He enjoyed carpentry and repairing things for friends, family, neighbors, and businesses; and his love of woodworking was evident in the many decks, sheds, hutches, tables, chairs, benches, canes, shelves, and frames that he created.

Ed enjoyed hunting, fishing, strawberry picking, and Packer football. He also loved gardening and was known for his passion for tomato growing, canning, and eating!  Giving away food was Ed’s way of showing his love, and we often heard the phrase “there’s a ham in the freezer” as we were leaving after a visit.

Memorial services will be held at the Church of St. William, 6120 5th Street NE, Fridley, MN 55432, on July 8th, with a visitation at 10:00 a.m. and funeral Mass at 11:00 a.m., followed by a luncheon at the church and burial at Epiphany Catholic Cemetery in Coon Rapids.

To order memorial trees or send flowers to the family in memory of Edward Polanski, please visit our flower store.