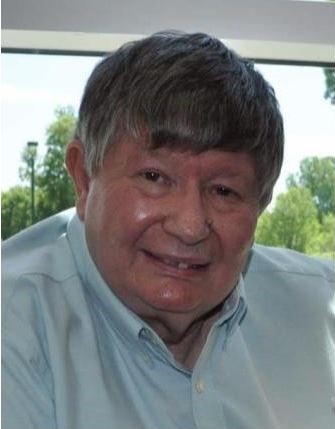 Elwyn James (Al) Kazmierkoski was born July 17, 1947, in Ladysmith, WI to Edward and Emily Kazmierkoski. He and his siblings, Ed, Larry, Ann, Enita and Joe grew up in Weyerhauser, Wisc, where lived until he moved to Minneapolis to begin working at Electric Machinery Manufacturing Co. In 1970, he married LaRae and together they raised their two sons, James and Brian in their house in Fridley. For many years he was active in the Fridley Youth Sports Assoc, coaching football, basketball, and baseball. He also served some time as a referee and served on the organization’s board. In 2007 he retired from EM and he and LaRae had great adventures traveling to through Europe, Ireland, Iceland, and Egypt.

Al passed away in his sleep on June 15, leaving his wife of 51 years, LaRae, son James and daughter--in -law Julie and their children Mikayla, Sophia, Addison and Nick, and son Brian and his children Madelyn, Charlie, and Henry. His seven grandchildren were the world to him, and he was so proud of each of them. Playing games with them, discussing sports and just being around them was a great joy to him! He was preceded in death by father and mother, Edward and Emily, brothers Edward and Larry, sister Ann and nephews Edward and Michael. Other survivors include his sister Enita and brother-in-law Marc and brother Joe and many nieces and nephews and friends.

An Ecumenical celebration of life will be held at St. Philip’s Lutheran Church, 6180 Hwy 65 NE in Fridley on Thursday, June 30 at 11:00 am, with visiting time with the family beginning at 10:00 am

To order memorial trees or send flowers to the family in memory of Elwyn Kazmierkoski, please visit our flower store.