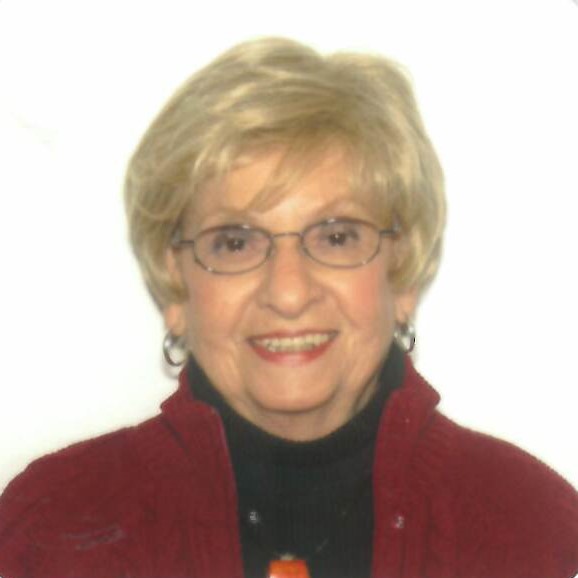 Frankie Mae Bell was born on July 22, 1922 in Waseca, Minnesota to Sophie and Frank Bell. Frankie was the fourth born child of Frank and Sophia with a stillborn brother, older siblings Robert and Bonnie, and younger sister Donna Lou. Early childhood in Waseca was changed when Frank Bell died at age 55 from a stroke leaving brother Robert at age 14, Bonnie age 10, Frankie age 4, and Donna Lou age 8 months. Frankie went to live with her aunt and uncle Elizabeth “Aunt Lizzie” and Merritt “Uncle Bing” Hemingway soon after her father’s death in part to help ease the family burden for Sophia but more to save the marriage of her aunt and uncle who had no children. Frankie grew up with the Hemingways only a block away from her mother and siblings and grew up with her mother, brother and sisters, aunts, uncles, and cousins, all very much in her life. In high school Frankie payed the cello and saxophone in band, sang in the choir, loved art class, and graduated in 1940. Frankie attended American Institute of Business (AIB) in Des Moines, and lived with sister Bonnie and her husband Jack Carson from August 1940 and graduating in June 1941. Her studies included shorthand, steno, bookkeeping, and business machines. She got good grades and was able to become a member of Alpha Iota thru AIB. Frankie moved back home after graduation and worked as a stenographer for a feed company from June to September and then went to work for Federated Hardware Mutual (now Federated Mutual Insurance Co) in Owatonna, MN typing policies for $65 per month from September 1941 to September 1943. She was selected as “Miss Owatonna” in 1943 having her name pulled out of a hat and bought a new winter coat with the $50 she received for her title. She went to work for a local bank in Waseca as a stenographer for the next year living at home and saving money until she had enough saved to move out to Fresno, CA with her girlhood friends Corky Gibson and Mary Ann Mentz. She and her gal pals belonged to the USO and would visit Navy burn centers in San Diego to visit with the Navy burn patients. Weekend trips to Palm Springs in Corky’s convertible with her friends (resulting in sightings of famous Hollywood stars) and dances at the O Club were favorite past times. Her first job in Fresno was at an Army Air Force depot as a level 3 typist. Frankie moved from Fresno to Los Angeles and lived with her lifelong friend Rayma and her family in 1944 and got a job working for NW Bell Telephone, training as a draftsman for the engineering department.

Frankie took a transfer with the telephone company to Minneapolis in 1945 working for the district engineering office and living by Lake Calhoun on Holmes Avenue for 2 years. She the took another transfer in 1947 to Des Moines as a draftsman for Ma Bell living again with her sister Bonnie and her family on 60th Street. She would catch the bus to downtown at the corner of 60th and University Ave. where Bill Stevenson, who was living with his folks on 60th would catch the bus to Drake University. Sitting behind him on the bus she would marvel at Bill’s wavy dark hair and liked how nice and gentlemanly he was. 1948 was a leap year and she decided, with some trepidation and coaxing from her sister and brother-in-law, to call Bill at his folk’s house to invite him to a leap year (girls invite boys) sleigh ride party which he graciously accepted. Bill gave Frankie an engagement ring on Valentines Day

in 1949 and they were married 4 months later on June 4th in Waseca. Bill’s mother made Frankie’s wedding dress and Frankie of course wore a very fashionable wide brimmed hat.

Bill and Frankie moved into an apartment at Fort Des Moines after the honeymoon and lived there while Bill finished his college career and they welcomed their first born Thomas William into the world. In 1950 They bought a small cottage style home on 2 acres of land in Clive, Iowa providing a big yard to play in for Tom and younger brother Robert James who joined the family in April 1954. Frankie was one of the first members of the Clive planning and zoning commission serving on the board for 6 years laying the groundwork for the large suburb that Clive, Iowa is today. Frankie went to work part-time at Sears Roebuck credit department when the boys were older and then was able to go back to work for NW Bell in the word-processing department working her way up to the department manager. She became the supervisor in the events planning department where she was able to tell the phone company corporate executives where to go. Bridge club, family vacations to Colorado and Black Hills and camping trips up north. Church was every Sunday at St. Andrew’s Episcopal Church then out to the Stevenson apple orchard after church to visit the grandparents. Life in the suburbs in the 50’s, 60’s, 70’s, and 80’s, Frankie retired from the telephone company on December 2, 1982 on the day her grandson Mark William was born.

Empty nesters Frankie and Bill traveled. Destinations to Dallas, New Orleans, Colorado, and Canada in the ’69 Camaro; a cruise to the Caribbean, and a pilgrimage to Scotland their ancestral homeland. Life took a turn for Frankie when Bill contracted cancer in 1994 and Frankie cared for Bill until his passing in December 1998. After selling the homestead, Frankie moved to Dallas to be nearer to her son Bob’s family and the granddaughters. One year later it was back to West Des Moines and apartment living surrounded by friends and family. Water aerobics at the Y with good friend Martha, morning walks at Merle Hay Plaza, her various clubs - “worm” club (women of retired men) and “boob” club (bunch of old broads), birthdays at Breezy Point with family kept Frankie busy and active. With her companion and good friend, Vern Lundquist, she travelled, went to concerts and plays, had many dinners out, attended church, went to weddings and funerals, getting together a couple times per week for several years until Vern’s passing in 2016. She and family decided that she should move to the Twin Cities for the remainder of her years and she chose Johanna Shores Presbyterian Home in Arden Hills, MN with its beautiful lake shore setting as the place she wanted to be. She was put on a 3 year waiting list at Johanna Shores but was able to move into a Presbyterian Home in Clive which got her on the short list for senior apartments in Arden Hills. In September 2016 she moved up to the Twin Cities where she made many friends and was included in all the family birthdays, vacations, and get-togethers. Frankie particularly enjoyed the birthdays of the great grandchildren and the high school concerts and plays that great granddaughter Baylee Stevenson participated in. With a new hip at age 95 Frankie was in good health and always in good spirits. The Lord took Frankie home quietly and peacefully on September 11th, 2019. She will be truly missed by everyone that had the honor of knowing and loving her.

To order memorial trees or send flowers to the family in memory of Frankie Stevenson, please visit our flower store.