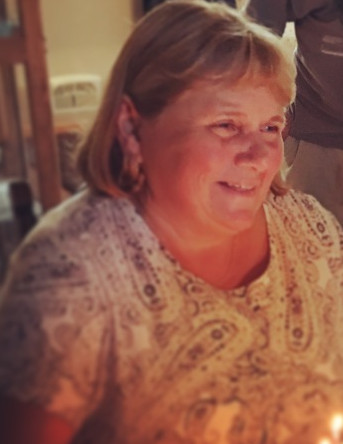 Jean grew up in North Minneapolis and graduated from Patrick Henry High School in 1973. She worked as a legal secretary in downtown Minneapolis.

Jean met Dean in the fall of 1974 and they were married on November 19th, 1977. Their first child, Rebecca, was born in June 1981, followed by Joseph in September of 1983. Jean focused her time on raising her two young children. In December 1990, Jean and Dean welcomed their third child, Laura.

Jean was a very dedicated volunteer over these years, helping at church, being a member of the elementary PTA, and leading girl scout troops. Jean began working as a substitute in the Spring Lake Park School District in 1996, and became a media para a few years later.

As members of the Minnesota Street Rod Association, Jean and Dean attended many classic car shows over the years with their kids. The Waldvogel family also went on family vacations together, including many trips to Fort Myers Beach, Florida.

Jean enjoyed spending time in the kitchen canning, cooking, and baking, often assisted by her children. She took pride in hosting family gatherings and always loved preparing her home. She loved sitting outside observing the birds and surrounded by beautiful flowers. Over the last 40 years, Jean and Dean attended many school and sporting events for their kids and grandkids, and they loved every minute - often they are referred to as the most dedicated fans. In the recent years, Jean treasured family book club meetings which usually focused more on sharing stories and laughing than reviewing the book. Jean also spent a lot of time throughout her life keeping track of every birthday, anniversary or special day someone had, and always sending a card or making a phone call so they knew she was thinking of them.

Jean would say her greatest joy in life was being a grandma to her 5 grandkids. She cultivated a special relationship to each of them. Jean always felt strongly about teaching those grandkids special lessons - such as that food always tastes better when you add love to it. Jean was always the first one to congratulate them on an accomplishment or to simply ask them how their day was.

Together, Dean and Jean spent a considerable amount of time in Osakis enjoying the Farm they purchased 20 years ago. Over those years, they made many memories and eventually built their dream home. Many weekends at the Farm were quiet ones for Dean and Jean, usually including a drive around the lake or through the country. Other weekends were busy, with a house filled with their kids and grandkids, or hosting dear friends. Jean always had food ready to be served in the kitchen - she loved sharing her home. No matter who was there, most nights at the Farm ended sharing stories and laughter around the fire.

Jean was diagnosed with cancer at the beginning of June 2022. She faced many medical struggles over her life, with this battle being the absolute hardest. She spent every day of the last four months fighting every obstacle, challenge and complication that came with her cancer journey with the ultimate goal of being here for Dean, her kids and grandkids, but it just became too much. We will miss her more than words can express. She was our matriarch and we are left with broken hearts.

To order memorial trees or send flowers to the family in memory of Jean Waldvogel, please visit our flower store.