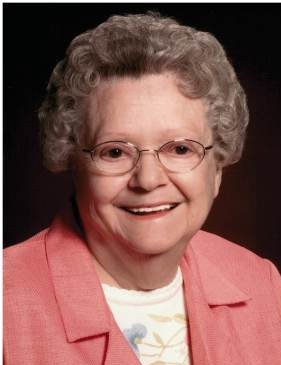 Jeanne was born on August 17, 1931 to Gerhard and Clara (Johnson) Nelson in Santiago, Minnesota.  Jeanne was born at home on the farm and her Great-Grandmother Olson was the midwife that helped bring her into the world.  Jeanne was baptized, confirmed, and married at Our Savior’s Lutheran Church in Princeton, MN.  She was united in marriage to Alton Keith Swan on August 28, 1954.  This union was blessed with three children:  Michelle, Sheila, and Keith.

Jeanne worked as an office manager at the American Service Bureau for more than thirty years. She was known as a wonderful cook and she took great pride in caring for her family.  Her family was the center of her life and she greatly cherished spending time with her loved ones.  She was also a Minnesota Twins fan and loved watching baseball games on television. Jeanne and Alton’s favorite activity was ballroom dancing which they enjoyed several times each week for many years.  They were very accomplished dancers and it was not uncommon for people to clear the dance floor just to watch them dance.

Jeanne suffered a massive stroke in July 2002.  She fought a very courageous battle over the last 17 years.  It was a daily struggle to cope with her ever-changing new normal.  Through it all Jeanne maintained her pleasant disposition, always having a smile on her face.  Even during her final days in Comfort Care, Jeanne would open her big brown eyes whenever she heard a familiar voice. Jeanne passed away peacefully on Tuesday, August 20, 2019 just before 1 PM at Mercy Hospital in Coon Rapids, MN at the age of 88 years and 3 days.

To order memorial trees or send flowers to the family in memory of Jeanne Swan, please visit our flower store.