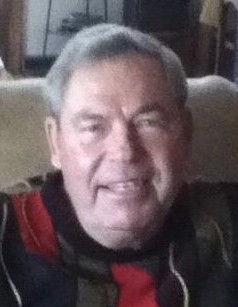 
John G Flora, age 83, of Fridley, passed away January 2, 2020. John was a Civil Engineer, spending 20 years in the Army Corps of Engineers after graduting ROTC from the University of Wisconsin in 1960. He retired as a Lt Col in 1980 and became the Director of Public Works for the City of Fridley, which he held until 2000. After retiring, John did consulting work and taught classes at a local community college. Longtime member of the Fridley Lion's Club and Knights of Columbus, along with the Minnesota Public Works Association. He was a wonderful husband of Jan for 60 years; loving father to son, John (Jill); daughter, Jolie (Tim) Haupert; and grandfather to Cierra Haupert, Kiley Haupert, Andrew Rousseau, and Nicole Rousseau. He is also survived by many family members and friends who enjoyed his humor, his love of tennis, racquetball, skiing and golfing, in addition to his willingness to help those in need. Please consider donating to PACER Center, www.pacer.org, where John volunteered for many years in support of children and families with disabilities, or the Alzheimer's Association at www.alz.org, in lieu of flowers. Reviewal from 9AM-11AM followed by Funeral Mass at 11AM on Tues, Jan 7, 2020 at Holy Cross Catholic Church, 1621 University Ave NE, Minneapolis. Interment at Fort Snelling National Cemetery at a later date.

To order memorial trees or send flowers to the family in memory of John Flora, please visit our flower store.