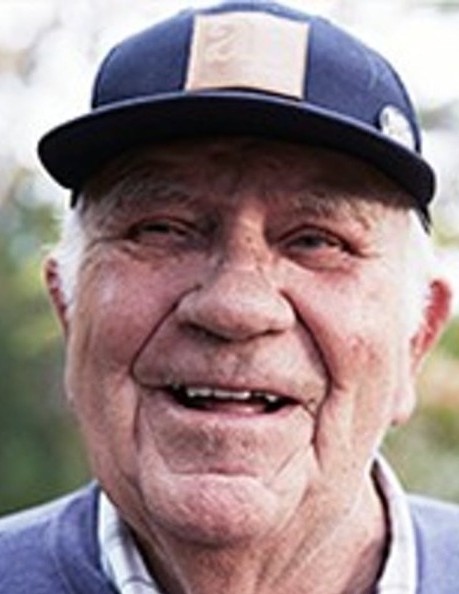 John Mark Palmquist. He came into the world June 7, 1935, and shocked us all when he left it November 9, 2020. First things first. No. It wasn't COVID. He wasn't even really sick. Just felt a little "puny" last Sunday. Life was good as he put in his teeth, had an English muffin, fed the birds, read the paper, shot a few squirrels, and ambiguously watched the Vikings. He continued to feel "punier" and Sunday evening, 7:30, he called 911, citing a fever. They admitted him but everything seemed fine. Monday morning, he was up, flirted with the nurses, and then his kind, fun, happy heart. just stopped.

So, here's a few things you might want to know Born in Thief River Falls, Minnesota, graduated from the School of Engineering at the U of M, (Go Gophers! Kappa Sig!) He worked in the taconite mines of Tucson, Jones Company in Louisiana and Ontario, was a crappy farmer for a while (his words) back at the family farm in Thief River, and then a general contracting engineer for the rest of his career; Adolfson & Peterson was family for almost 30 years.

Proceeded in death by the love of his life Jo, parents, and sister Lois.

And then, here's a few things he'd be pleased if you remember. As a General Contracting Engineer, he "counted bricks" and constructed buildings. He contributed to a great part of the Minneapolis skyline and while that was impressive, what he was most proud of was the relationships he built. From the subs to the supers, the masons, the plumbers, the guys who laid tile, these were his people. This was his purpose.

He was a fisherman, (With a freezer full of contraband to prove it.) Days on a boat and a clear blue sky. Rhythm and rituals. Comradery and competition for bragging rights and the ultimate reward of The Fish Fry. It was always the more the merrier; the bigger the shitshow the greater the time. He'd batter the fish, make the coleslaw, and mix the hushpuppies; a multitude of people on any given Sunday were a great source of joy. On that notehe would thrilled if you might immortalize him as cook. While his enthusiasm might have outweighed his actual talent, the ultimate goal was communion. To come together, and proclaim loud praise to whatever it was he had cut out of the StarTrib recipe section that week, then laugh as he held court, The King of the Ole and Lena Jokes. His standard answer, when asked what was in something was always "A secret blend of herbs and spices." Upon his passing, his instructions were to have this secret revealed: blend one group of happy, good hearted people with memories to laugh over, plans to look forward to and a pinch of living in that exact moment. Stir and serve warm.

He'd like you to believe he was already something of a legend: Going through security on his way to Isla Mujeres, a TSA agent pulls out small mason jar full of liquid and half dozen small greenish brown objects. "What is this? She asked? "My prostate" He answered. "I must ask my manager." She replied as she went and asked her manager, then returned and said, "I guess we're ok with this." And with that, Grandpa was cleared with his olives and vermouth for martinis in Mexico.

He might gently encourage you to take the word "should" out of your vocabulary, to say yes, to not waste any time. He accomplished everything on his bucket list, from eating Greenshell mussels on the Marlborough Sound and dove hunting in Argentina, to gazing at Sagrada Familiia, as well as listening on a night safari in Africa to a Hyena's cry he wasn't afraid to say I love you, not an easy feat for an eighty something Scandinavian guy. He cheered for the Gophers and whoever played Michigan. He adored and was so proud of Millie - the most brilliant light in his life. He drank orange juice. He kept moving. His new scooter was charged, hearing aids tuned, the tank was full in his car. He'd just renewed his passport, but this sudden departure gave even him a surprise. These were his lines: "You get prettier every time I see you." (To all the girls.) "It's like angel's dancing on your tongue." (To himself, as he took a drink of his martini.) (To anyone, everytime, who asked him how he washis reply was always) "Nearly perfect, and there are so few of us left." And with that, there are no more words.

There will be a small, socially responsible funeral for family on Friday at Redeemer. Then we'll tell his stories of how much we love John, our father, our friend, at a fish fry, around the time of the opener, his birthday, under that aforementioned, blue spring sky. THANK YOU ALL FOR YOUR LOVE. WE SURE WILL MISS HIM.

To order memorial trees or send flowers to the family in memory of John Palmquist, please visit our flower store.