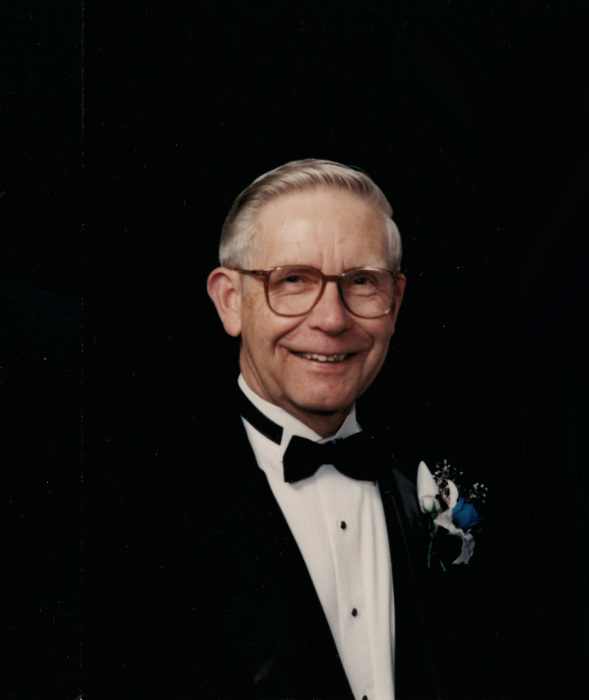 LeRoy Iver Anderson passed away on April 26, 2021 at St. Francis Hospital in Shakopee, MN. He was 90 years old.

LeRoy was born on September 14, 1930 to Nanard and Hilda (Scott) Anderson at their family farm in Brunswick Township near Ogilvie, MN. He attended Louis Lake Monroe District 32 Elementary School and graduated from Ogilvie High School in 1948. After high school, LeRoy worked for Land-O-Lakes in Mora and worked at the service station in Braham with his brother Ivan. In the early fifties, he served in the Air National Guard where he was stationed at a radar installation in Kirksville, MO during the Korean War. In 1960, he began his 31-year career at Minnegasco, retiring in December 1990.

LeRoy first met his wife, Joanne Hanson, in a hayfield. They were married on June 3, 1961 and moved later that year to Fridley. At their home there, they raised their two boys, David and Daren, and lived together for 54 years until Joanne passed in November of 2015. After some time at Brightondale senior apartments beginning in 2019 and a brief return to the house in Fridley in 2020, LeRoy moved to Bloomington to live with his son Daren and daughter-in-law Kathy.

LeRoy was an avid hunter, fisherman, and trapper. He also loved to dance with Joanne and spend time with his granddaughters, Sarah and Anya. But overall, LeRoy was a people person. He could strike up a conversation and find something in common with anyone, and he was always up to chatting for hours.

A Memorial Service will be held on Tuesday May, 4th, 2021 at 11 AM with visitation one hour prior at Redeemer Lutheran Church, 61 Mississippi Way NE, Fridley.  Interment will be held at a later date at the Siloa Lutheran Church Cemetery in Braham, MN

To order memorial trees or send flowers to the family in memory of LeRoy Anderson, please visit our flower store.