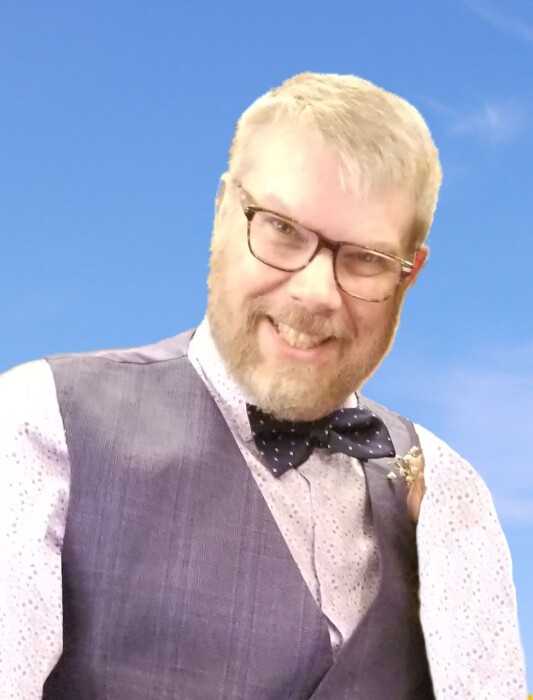 Lee was born on June 1, 1963 to Myles Hanson. As a little boy, Wendy (Morey) Hanson came into his life and became his mom at the age of 14. He and the family grew up in the Calhoun-Isles neighborhood of Minneapolis on Aldrich Avenue and Lee graduated from Minneapolis West High School in 1981. He attended the University of Minnesota for a short time. In 1982, Lee began working at Lunds Grocery on Penn Avenue in Richfield as a bag boy. He worked his way up through the company for over 30 years. He held positions on the overnight stocking crew, cashier, bookkeeping, and ending as a frozen/dairy manager until his retirement in 2017. During his years at Lunds, he made many, many friends with colleagues and customers alike.

Through the years Lee enjoyed traveling; delighting in many trips to places including Europe, Mexico, the Caribbean, and Hawaii just to name a few. For many years, he found solace spending time with family on Cove Bay on Mille Lacs Lake.

Watching musical theater, shopping with friends, eating pizza, lying in the hammock are all characteristic of Lee. He was fun to hang around, had a great sense of humor, and loved to laugh. He had an amazing sibling bond with his sister Brenda, and they have spent their entire lives together, watching out for each other. He is also survived by his mother Wendy Hanson, of Fridley, MN, cousins (who he grew up like siblings) including, Pam Kile, Violet Hanson, and Karen Radcliff, along with special life-long best friend Patty (Armstrong) Prentice, as well as, several aunts, uncles, cousins, and friends.

Lee was preceded in death by his father Myles Hanson. Memorial services will be 11:00 AM, Saturday, September 24, 2022 at Miller Funeral Home, 6210 Hwy 65 NE, Fridley, MN with visitation being held from 10-11 AM. Inurnment of his cremains will be at Sunset Cemetery at a later date.

To order memorial trees or send flowers to the family in memory of LeRoy Hanson, please visit our flower store.