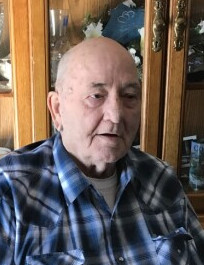 Marvin was born on February 7, 1938 in St. Paul, MN to parents, Gail and Caroline, one of eleven children. He was an East St. Paul boy through and through. At age eleven, Marvin started delivering papers. He worked for Twin Cities News/St. Paul Pioneer Press throughout his career. A hard-worker, Marvin held down many jobs often juggling two or three at a time.

Marvin met and married Mary Hemming. The couple moved to New Brighton where they raised four children. The family spent their vacation times traveling the U.S. on vast road trips. An American history buff, Marvin used the trips as educational opportunities for his kids.

A proud American, Marvin enjoyed trivia and card games. He had a love of antique cars and could be found on Sunday afternoons engrossed in Nascar racing. At other times, Marvin would gather the family together for popcorn nights watching Wild Kingdom and Disney movies. Every Halloween he made chili.

Marvin was preceded in death by his beloved wife, Mary; siblings, George, Matilda, and Charles.

Memorial Service at 11:00 a.m. on Wednesday, May 4th at Miller Funeral Home with Visitation one hour prior.

In lieu of flowers, memorials preferred.

To order memorial trees or send flowers to the family in memory of Marvin House, please visit our flower store.