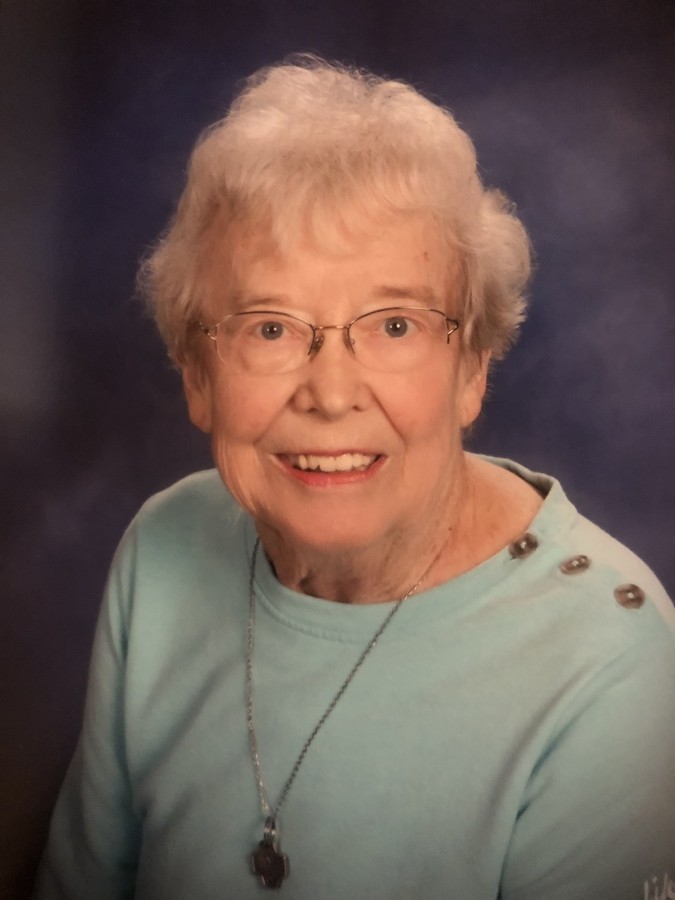 Mary Katherine Bruzek was born on March 2, 1930 to Lawrence and Margaret Bruzek. She grew up in New Richland, MN with her four siblings, Jim, Tom, Marg and Cathy. After her graduation from New Richland (where she was homecoming queen), she attended St. Teresa’s College in Winona, MN, graduating with a Bachelor’s degree in English and a Spanish minor.

After college graduation, Mary took her first teaching position in Waverly, IA, and later moved to Orono High School. While still teaching, she obtained her Master’s degree in library science at the University of Minnesota. It was at Orono, where Mary the librarian met her music man, Norm Herzog, who was the band director there. They were married on June 13, 1964. After the wedding, they embarked on a month-long honeymoon in Europe.

On May 11, 1965, Mary gave birth to their first child, Theresa Marie. They moved from their apartment in Brooklyn Center to a house in Fridley. On July 25, 1969, their second child, Jeffrey Michael, was born. The family enjoyed a very close relationship, taking annual summer vacations to Northern Minnesota and many other places. Mary also enjoyed spending time with her family in her childhood town, where they would bring back a carload of freshly cut gladiolas from her father’s garden and share them with their beloved neighbors on Glen Creek Road. Mary also loved when her sister Marg and Marg’s children, Ed, Cathy and Liz, would visit from Quincy, Massachusetts.

Mary treasured her friends, playing bridge, golfing, and mostly just sharing stories and laughing. She was a member of St. William Catholic Church for over fifty years, where she taught catechism, served funeral luncheons, and participated in Bible studies. She was also a dedicated volunteer for Tamarisk, Loaves & Fishes and Meals on Wheels.

In later life, Mary was a devoted Grandma to her five granddaughters. She enjoyed attending their activities, playing games, and often talking on the phone. She also loved the time she spent with them on their annual family trip up to the North Shore or Brainerd Lakes.

Mass of Christian Burial Saturday August 10, 11 AM with a visitation beginning at 9:30 AM at The Church of St. William, 6120 5th St. NE, Fridley. Memorials preferred to Tamarisk, Loaves and Fishes, or St. William Catholic Church.

To order memorial trees or send flowers to the family in memory of Mary Herzog, please visit our flower store.