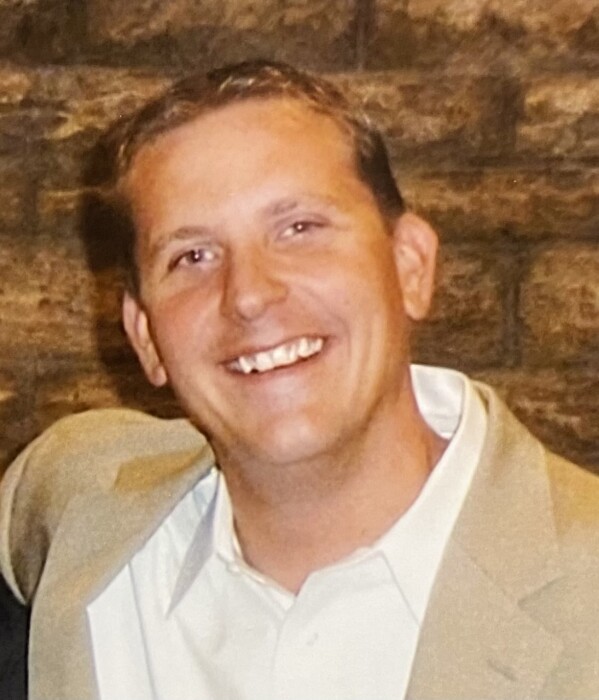 age 44 of Blaine, MN passed away on Tuesday, August 30th, 2022. Matt was born and raised in Fridley, Minnesota.

As a child, Matt demonstrated a love of sports. He had a passion for skiing, baseball, basketball, and football. He started skiing with his mom and dad when he was only 3 years old, and never stopped. He also had a competitive side to him, shown by an immense passion for board games and puzzles.

He graduated from Columbia Heights High School in 1996, and later attended the University of Minnesota and St. Cloud State University. After college, he had a long career in sales, beginning in 2004 when he joined the Star Tribune. While working there, he met his wife Jennifer (Jenny) Johnson in 2006.

On November 4th, 2011, Jenny and Matt were married in Jamaica, joined by their family and friends. Matt was a devoted and adoring father to their two kids, Barrett and Brady. He loved taking them on many fun family trips to Florida, California, Brainerd, and Duluth.

Matt had a variety of hobbies and interests. He enjoyed attending concerts, horse races at Canterbury Park, and trips to casinos with his friends and family. He was a dedicated fan of the University of MN Golden Gophers, sharing Men's Basketball season tickets with his parents for many years. Matt loved music. He had a strong passion for his favorite bands, especially The Rolling Stones, The Beatles and The Mighty Mighty Bosstones. He shared that love of music with his kids. He was a generous friend, and truly cared for those in his life - he will be missed by many.

Visitation and funeral service will be held Thursday, September 8th from 10am-1:30pm with service beginning at 11am, at Redeemer Lutheran Church in Fridley, MN.

In lieu of flowers, donations in honor of Matt can be made to his kids at the following fund:

To order memorial trees or send flowers to the family in memory of Matthew Johnson, please visit our flower store.