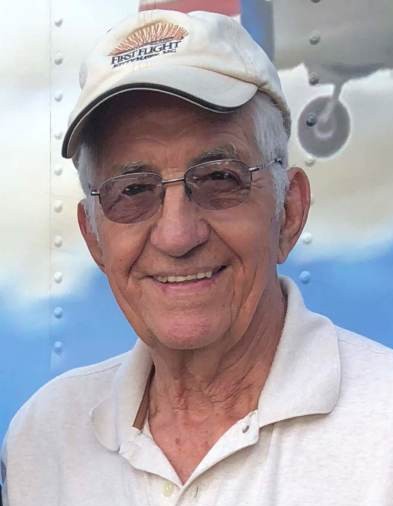 Mike was born on May 18, 1932 to Michael and Sylvia Gannucci in Duluth, MN. He served 2 years in the US Army in Korea. Mike married Marcelene Marie Rendulich of Gary-New Duluth on June 22, 1957.  He was a master-electrician and contractor and was the owner of Royal Electric.

Mike had a passion for aviation and earned his pilot license in 1966. He was a founding member of the Tel-Air Flying Club. He was a member of the Exp Acft Assoc and active with the VFW and the Am Legion. He also enjoyed hunting, fishing and travel and spent many winters in south Florida with Marcy.

Mike was preceded in death by his wife Marcy, only 8 days prior,  after 61 years of marriage.
Also preceding him in death, sister Nancy and brother Jerry.

To order memorial trees or send flowers to the family in memory of Michael Gannucci, please visit our flower store.

The Church of St. William

The Church of St. William