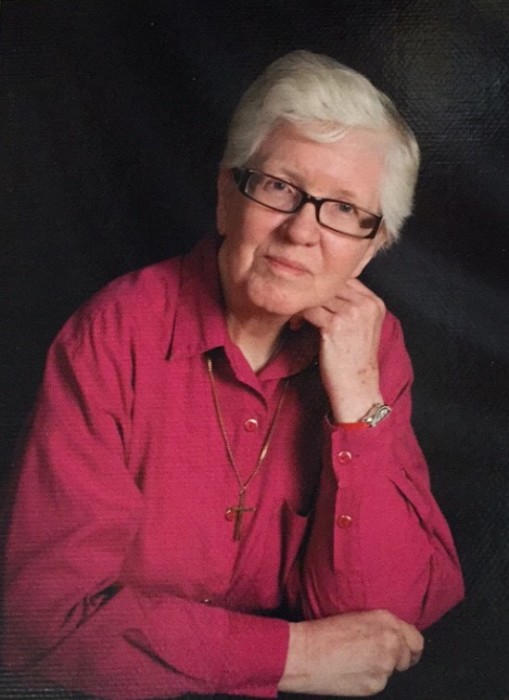 Hagberg, Patricia S. age 77 of Columbia Heights.  Survived by loving husband, Donald; children, Don (Dawn), Barb (Mike); grandchildren, Kaile, Madesyn, Jennifer and Nichole; great-grandchildren, Dylan, Galytea; brother, William Lucas, Jr; sister, Sheryl Lucas Lindquist; many nieces, nephews, other relatives and friends.
Patricia (Patty) Sue Lucas was born in Springfield, Illinois, the second child of three to William Edward Lucas, Sr. and Audrey Lucille (Overfelt) Lucas.  She graduated from Feitshans High School, attended business classes and was employed by the Illinois Department of Revenue.  After awhile, Patty wanted to venture out.  She bought herself a Mustang and headed to California – landing in Newbury Park, CA, with her sister, Sheryl. Patty's brother, William (Bill) was in the United State Navy serving in Vietnam during this time of her life.  She met a friend through work, Nancy O’Neill.  Nancy (who was Donald’s niece) introduced Patricia to the Hagberg family in Pasadena, where Patricia and Donald met. Soon after, Pat and Donnie moved to Minnesota and were married. Pat has been lovingly referred to by Donnie as “My Bride” since then.
Pat was blessed with her son, Donald, and her daughter, Barb; four grandchildren, Kaile, Madesyn, Jennifer and Nichole, and two great grandchildren, Dylan and Galytea.  Patricia had a love for books and sci-fi, and she enjoyed reading, watching old Westerns and spending time with her family and friends.  She will always be remembered for making the best southern fried chicken one could ask for.
Patricia worked many years and retired from Dayton Hudson/Target Corporation (Human Resources Dept).  After Pat and Donnie chose their home in Columbia Heights, Pat became a member of Oak Hill Baptist Church, where she served as a Deaconess.  She was very spiritual and spent many hours volunteering for services at the Church and Lydia’s Closet, who provided for those in need.
Patricia fought a very courageous battle with cancer and will be missed by all who knew and loved her.  A Celebration of Patricia's Life will be held on Tuesday, January 28th, 7 PM with visitation one hour prior at Miller Funeral Home, 6210 Hwy 65 NE, Fridley 763-571-1300.  Private interment.

To order memorial trees or send flowers to the family in memory of Patricia Hagberg, please visit our flower store.