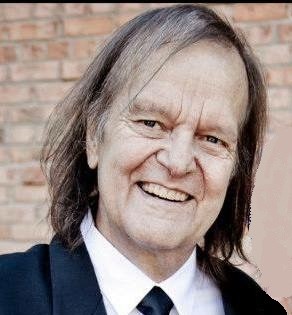 Paul was born on 9/24/1949, and passed away peacefully on 5/13/2018. He was the 3rd son of Bryce and Elizabeth Lehmann, brother to Louis and Leslie. He grew up in the St Paul area, graduating from Highland Park High School. Paul played trumpet most of his life, performing in many bands over time (including The In-Mates, Jade, Whittaker Jack, The Power of Ten, and Soul Package). He served in the Army as a member of the band during Vietnam, and went on to study music at Berklee. He graduated Magna Cum Laude from Mankato State. Music was a constant source of happiness for him, and he was a band instructor and music educator at various schools in MN and IA. He later worked in instrumental sales, and also dabbled in composing his own music, and tuning pianos.

He found that his family was his true love, and his life revolved around his daughters, Emily and Kristina, and later his grandchildren.

It's impossible to quantify the difference he made in so many lives. Instilling a love of music in so many former students, as well as with his family. He was always offering a smile or some humor to those around him. We know he's watching from above-with an ice cold Coca Cola, playing canasta, scrabble, or cribbage. His pain is gone, and he is whole once more. We miss him terribly, but are comforted by memories of his love, and secure that he is in his eternal home.

We express our gratitude to you all for the support and kindness offered through his life, and especially through this difficult time. Paul was an incredible man, and his legacy is extraordinary and everlasting

We also want to encourage all to consider becoming an organ donor, as Paul's kidney transplant gave him 20 years of life with us.

In lieu of flowers, the family asks that you please consider a cash donation to help cover the costs of his services.

To order memorial trees or send flowers to the family in memory of Paul Lehmann, please visit our flower store.