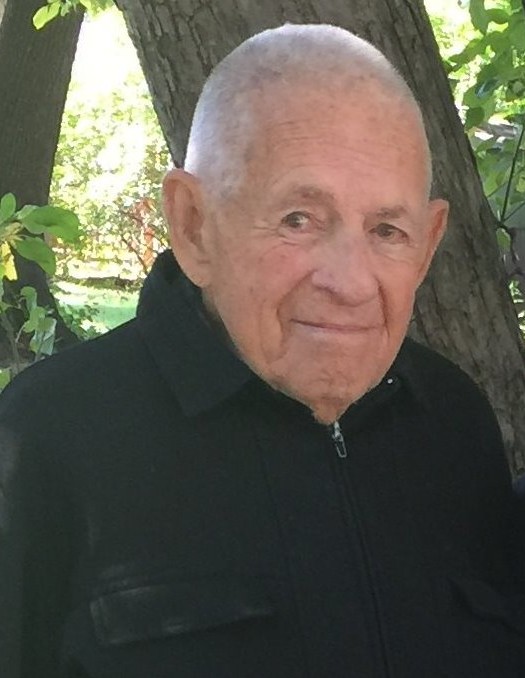 He was preceded in death by his parents, Lee Stowe and Edith (Hanson) Bonesteel; and his grandson, Nicholas Bonesteel.

Pete is survived by his loving wife of 59 years, Mary; as well as his children: Mark (Laura), Lori Harrington (Andy), and Paul (Denise).  He is also survived by his grandchildren: Megan, Ryan, Jenna, Andrew (A.J.), Savanna, and Cassey.

Pete was born in Oklahoma City, Oklahoma in 1929. He attended 18 different high schools and upon graduating, he enlisted in the Army during the Korean War. Pete became a Staff Sergeant in the 82nd Airborne Division and made 32 parachute jumps. Pete attended Brown Institute after leaving the service and became a radio broadcaster with KABR Radio in Aberdeen, South Dakota. Pete adopted the radio name “Pete Steel” and “Stainless Steel” and went on to work at KMRS Radio in Morris, Minnesota and KLIZ in Brainerd, Minnesota where he was the Sports Director.

Pete married Mary Schwarzbauer in 1960 and moved to Columbia Heights, Minnesota. In 1964, Pete and Mary purchased a home in Fridley, Minnesota and began to raise their three children: Mark, Lori, and Paul.  Pete worked as a salesman for Drackett, Brown & Bigelow, Northern Mobile Home Supply and Duro Art Company.  He ended his working career at University Hobbies in Spring Lake Park, MN.

The Bonesteel family wishes to thank The Estates at Roseville, Unity Hospital and Brighton Home Health Care and Hospice for their excellent care. The family also wishes to thank the Fridley Police and Fire Departments for their service and professionalism which allowed Pete to remain at home for as long as he could.

In Lieu of flowers, the family requests memorials be made to the Fridley Historical Society or Fridley Public Safety.

To order memorial trees or send flowers to the family in memory of Peter Bonesteel, please visit our flower store.