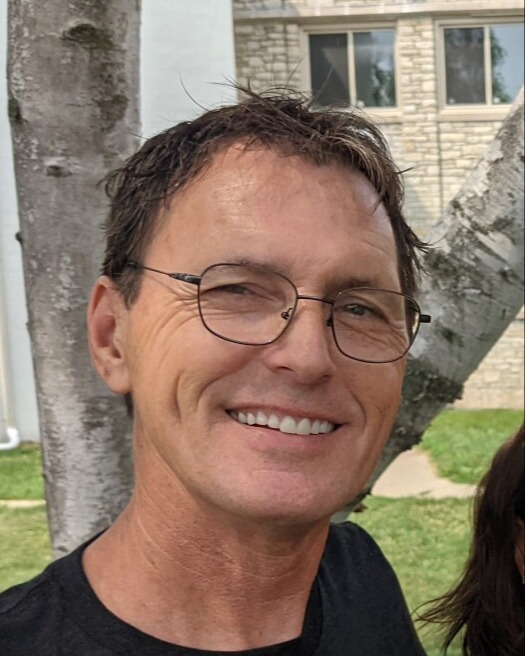 Pete Ziber, 61. Our beloved dad and grandpa was called to his heavenly home on August 3, 2021.

Pete was born on March 20, 1960 in Antigo, WI to Henry and Therese Ziber, who preceded him in death. He graduated from Antigo High School in 1979. Pete is survived by his daughter Mindy (Crick) Porier, son Kyle (Jenny) Ziber, son Drake Estrada, grandchildren Faith, Asher, Logan, and Mikayla, and many other family and dear friends.

Pete loved music, playing guitar, and was an avid hiker. As a truck driver, he enjoyed traveling around the country and spending most of his down-time hiking in the variety of environments all around the United States where he drove. He used his skills driving truck to work in disaster relief in Puerto Rico and Florida. He always had a joke or funny story to share, and his friends enjoyed his almost daily off-the-wall Facebook posts.

Pete had a deep love for the Lord, and we take comfort knowing he is rejoicing with his Lord and Savior Jesus Christ in heaven. Jesus was first in Pete’s life, followed closely by his kids and grandkids. He liked almost nothing more than playing with and spending time with his grandbabies.

There will be a memorial visitation from 1:00-4:00PM on Saturday, August 14 at Faith Christian Community Church, 1720 Merrill Ave, Wausau, WI 54401. In lieu of flowers, please honor Pete’s memory with a donation to The Chosen TV Series, which was an impactful ministry to Pete and will allow others to come to know the eternal hope we have through salvation in Jesus Christ. (https://watch.angelstudios.com/thechosen)

“For God so loved the world, that he gave his only Son, that whoever believes in him should not perish but have eternal life.” John 3:16

To order memorial trees or send flowers to the family in memory of Peter Ziber, please visit our flower store.