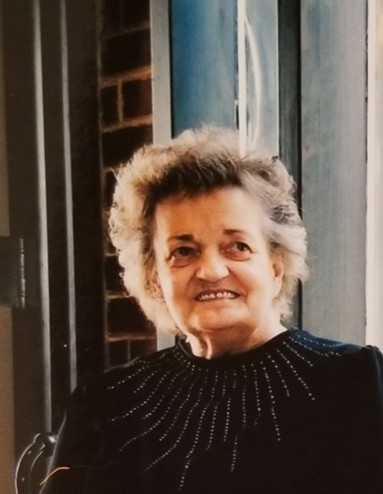 Phyllis Mae (Wiegers) Leenerts of Blaine, Minnesota, passed away peacefully on February 14, 2019 at the age of 84. On Valentine’s Day she was received into heaven by our greatest Valentine ever Jesus!

She was preceded in death by her father and mother, Walter and Evelyn Wiegers; sister, Vivian Lindberg; brothers, Lyle and Donald Wiegers.

Phyllis grew up in Boyd, MN where she graduated from high school. She and Robert (Bob) Leenerts were soon married after. While Bob was deployed she worked in California. Upon Bobs returning home they moved to Minneapolis where she worked as a bank teller until their first daughter, Patti was born. They were still living in Minneapolis when their second daughter Rhonda was born. In 1967 they moved to Fridley and then later moved to Mounds View. Phyllis was an avid bowler for many years. She remained a stay at home mom until 1970 when she started working for Holiday as a cashier.

After retiring she was excited about all the new ministries she was finding. She had read through her Bible dozens of times, gone to a variety of services and Christian meetings. She always had her Christian programming on television that kept her days full. She also enjoyed traveling. In 1974 she had the opportunity to go to Israel with Richard Wurmbrand. She loved Israel so much she made her second trip in 1994, 20 years later.

One of the things that was always high on her list of enjoyments was going out to eat. She was always up for steak night at the VFW with as many family members as possible.

Mom, grandma – you were loved and you will be missed. We will see you in heaven!

To order memorial trees or send flowers to the family in memory of Phyllis Leenerts, please visit our flower store.