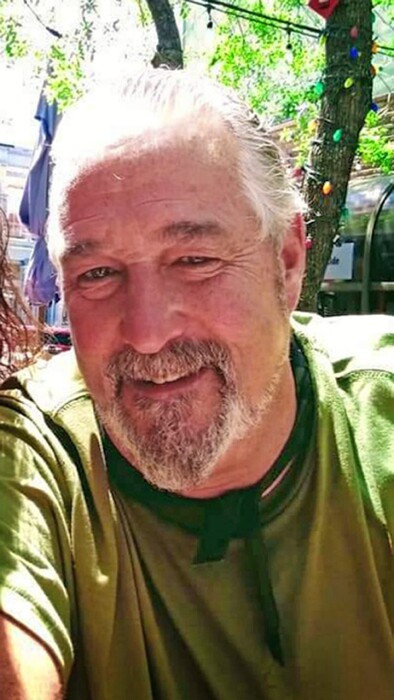 
Ray “Boppa” Johnson
On Tuesday January 12, 2021 Raymond Richard Johnson, loving husband, father of 3, and “Boppa” of 9 passed away at the young age of 59. Ray was born on January 22, 1961 in St. Paul, MN to Raymond and Barbara (Hamilton) Johnson.
On February 28, 1981 Ray married the love of his life, Sherry Schirmeister, shortly after graduating high school. Together they raised 3 daughters, Samantha “Sam”, Andrea “Andie”, and Danielle “Dani”, and took in Sherry’s youngest brother Steven whom they raised and loved as a son.
Ray had a passion for anything that had a motor; he loved auto racing, four wheeling, and snowmobiling. He loved the outdoors, which lead him on many camping and fishing trips. Ray was known for his willingness to lend a hand and his sense of humor. Everyone that knew Ray loved his infectious personality, if you met him, you’d never forget him.
Ray’s pride and joy was his 9 grandchildren who called him “Boppa”; Maximus (14), Alexander (12), Tucker (10), Elijah (10), Zoe (8), Laylah (8), Gianna (8), Elynna (3), and Oliver (2).
Ray was preceded in death by his father, Raymond, his mother, Barbara, and his sister, Cheryl.
He is survived by his wife of nearly 40 years, Sherry; his children, Samantha (Joshua) Grey, Andie (Luke) Nygaard, Danielle (Matthew) Johnson-McMillin, and Steven Schirmeister; grandchildren, Maximus, Alexander, Elijah, Gianna, and Elynna Grey, Tucker and Zoe Nygaard, Laylah Johnson and Oliver McMillin; his sister Stephanie (Stephen) Klein, and many other relatives and friends.
A visitation will be held on Saturday January 23rd, 2021 from 12:00pm to 2:00pm with a private family only, memorial service to follow at Miller Funeral Home, 6210 Hwy 65 NE, Fridley, MN 55432.
A funeral will be held at Warroad Community Church, 114 Virginia Ave. NE, Warroad, MN 56763 on January 30th, 2021 at 2:00pm. Memorials may be sent to 38060 Clover Circle, Hinckley, MN 55037

Service at Miller Funeral Home on Saturday, January 23rd will be livestreamed here on this page.

To order memorial trees or send flowers to the family in memory of Raymond "Ray" Johnson, please visit our flower store.