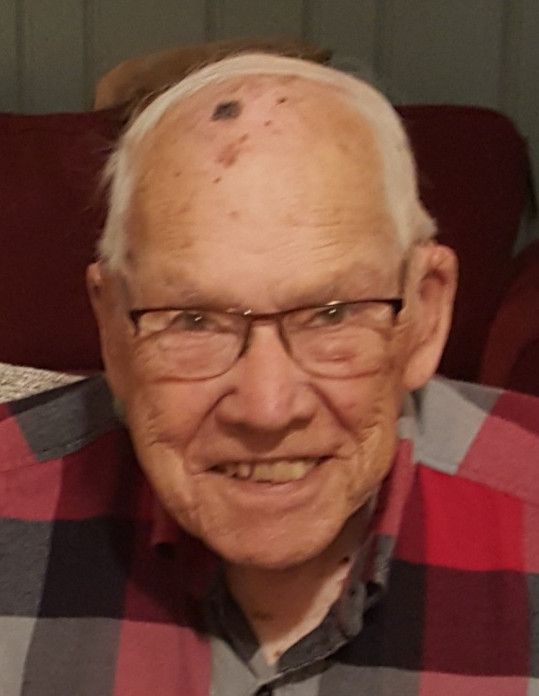 Age 95, left his loving family for a glorious home in heaven and to be reunited with the love of his life, Dorothy, to whom he was married for 71 years.

Bob, as he was know to everyone, was born and raised in Duluth, MN where he graduated from Denfeld High School. A World War II vet, he served in the Navy from 1944 to 1946 and discovered a love for travel which he would later share with his family during camping trips around the country each summer.

After marrying he began a life of public service to the community of Fridley as a police officer, the Superintendent of Public Works, and for nearly 40 years as a firefighter. He retired in 1991 after serving 13 years as the city's Fire Chief. He enjoyed teaching and training and did both at the local, state and regional level. His commitment to public service, engagement with the community, easy-going manner and sense of humor earned him the respect, gratitude, and friendship of nearly everyone who knew him. In his free time he enjoyed watching his sons compete in numerous sports and officiated softball, hockey and basketball in Fridley's recreational programs.

Bob was preceded in death by his wife Dorothy and 5 siblings. He will be greatly missed by his children Jo Ann, Robert, Terry, and David (Heidi), 10 grandchildren, and 7 great-grandchildren.

Memorial services will be held on Friday, October 7th at Saint Philips Lutheran Church, 6180 Highway 65 NE, Fridley. Visitation will begin at 1PM with service at 2PM.

To order memorial trees or send flowers to the family in memory of Robert Aldrich, please visit our flower store.