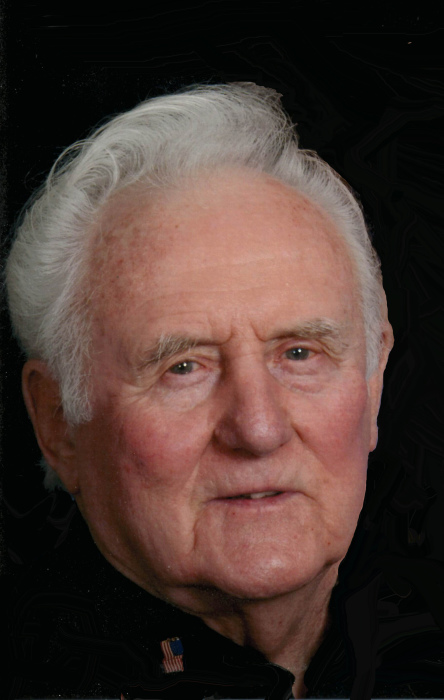 In Loving Memory of Robert ”Bob” Edward Nordquist, born on August 08, 1928, in Minneapolis Minnesota. He was the second child, and only son, born to Ernst Ludvig “Louie” and Ruth Susanna (Gustafson). Brother to Lois Anderson, who passed in 2006, and Grace Rosten, recently passed on September 28, 2019.

Bob grew up in rural Minneapolis, later moving to the family farm in Blaine, Mn. He had many memories of growing up on the farm, especially earning extra money, plowing fields with the big Belgians, named Bob and Babe.

Bob started his career at the SOO Line Railroad in 1946 as a machinist. His career was put on hold, when he entered the Armed Forces on November 29, 1950, as an Army Private, later advancing to the rank of Corporal. He was with the 5th Army, Engineering branch during the Korean war; earning the Korean Service Medal, with three bronze camp stars, Combat Infantry Badge, and United Nations Medal.

After returning from the Army on August 30, 1952, he continued working for the SOO Line Railroad. He later attended Dunwoody College for welding, and was promoted to boiler maker. Looking forward to retiring, he was able to retire from the Railroad on his birthday in 1989, after 41 years, and ten months.

Bob met Audrey Mae Dupre, at a ball game at Veterans Park in New Brighton, where they went out for root beers afterward. They married on November 22, 1950, one week before leaving for the Army. They were later blessed with two children, Rebecca “Becky” Ann, born December 14, 1953; and Bret Alan, born March 16, 1962.

Bob and Audrey bought their first house on Old Hwy 8 in New Brighton, Mn, where they lived for 50 years. Audrey always said, they only had $6.00 left at the end of the month, after paying bills, when they first started out. Due to the building of Beisswengers in 2004, they moved to a townhome in Blaine, Mn.

Bob will be remembered most for his unique sense of humor, and his ability to talk with everyone he met. Bob was fun to be around, and had a natural gift of gab, in his own mumbly way.

Bob enjoyed life, and lived it to the fullest.

He had many fond memories of time spent with family and friends fishing up north in Emily Mn, Canada, and on Lake Vermillion, just to name a few. Plus, many road trips cross country with friends and relatives, along with the annual Vegas trip with the girls.

He enjoyed many activities, with so many people, which included bowling, golfing, soft ball, water skiing, and of course, bingo. Most enjoyable for Bob, was going to the State Fair, he was so proud to have attended 80 years in his lifetime.

Bob was called to eternal rest on October 20, 2019. He will be missed by all who knew him, his loving wife of 69 years, Audrey; daughter, Becky (Doug) Pederson; son, Bret (Eileen Thomas); and a host of beloved relatives and friends.

To order memorial trees or send flowers to the family in memory of Robert Nordquist, please visit our flower store.