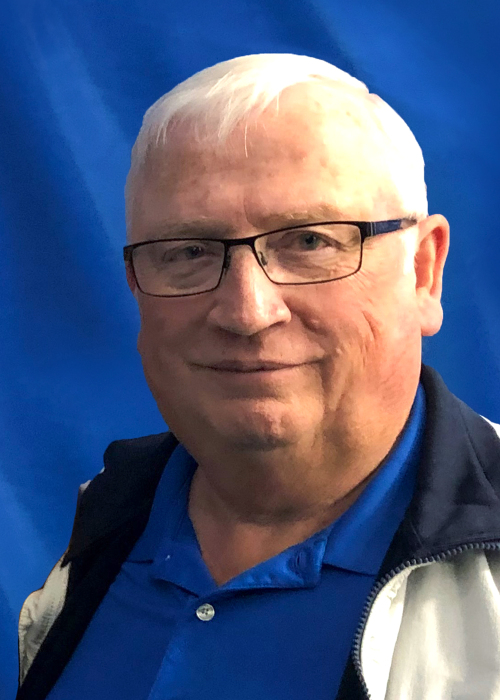 Roger Collingwood Harmon, age 73 of Minnetonka, formerly of Fridley, passed away unexpectedly on March 15, 2022 doing two things he treasured and loved; spending an evening with his wife Debbie and watching basketball.

Roger was born on August 18, 1948, in St. Paul, Minnesota to H. Weston and Cary Harmon. Roger graduated from Northfield High School in 1966 and graduated from St. Cloud State University in 1970. While at St. Cloud State University, Roger met his future bride, Debbie Fritz, and they were married on June 20,1970. Roger and Debbie spent the next 51 years together in Fridley, Minnesota raising two daughters, Sarah and Kate. Roger’s love of Economics led to his teaching career at Minneapolis and Blaine high schools from 1970-2004 where he impacted the lives of countless students as teacher, coach and friend. He also sold real estate in the Twin Cities area for 30+ years. Recently, Roger and Debbie moved to Zvago at Glen Lake in Minnetonka, Minnesota where they enjoyed retirement surrounded by friends and many games of cards.

Roger was blessed with a family of all girls and he adored them. Roger and Deb were inseparable, choosing to do life side by side.  Roger was a loving father to his daughters imparting wisdom and guidance on all of life’s lessons. Most importantly, he was always available for a big hug and a confidence boost when most needed. Roger additionally had three granddaughters (Libby, Emily and Greta) and enough grand puppies to open his own dog sitting business, yes, they were all female too!

Roger aka “Bapa” taught his granddaughters “the claw” and the secret handshake. Bapa never missed a basketball game and cherished his time on the sidelines proudly cheering for his granddaughters. When he wasn’t watching basketball he loved playing golf with the boys, gardening and traveling with Deb. He had a quick wit and a kind smile that made everyone feel important.  In keeping with his giving nature, he was an organ donor.

Roger was preceded in death by his parents, Wes and Cary Harmon. He is survived by his wife, Deborah; his daughters, Sarah (Aaron) Crandall, of Sartell and Kate Saba (Ted Smokstad), of Chaska; grandchildren, Libby Crandall, Emily Crandall and Greta Crandall; sister, Mary (Bruce) Swenson; and Brothers, John (Katharine) Harmon and Mark Harmon.

Roger’s memorial service will be held on Saturday, April 30th, at 11 AM with visitation beginning at 9:30 AM at Miller Funeral Home, 6210 Highway 65 NE, Fridley. A luncheon at the Fridley Community Center will be held following the service at 6085 7th St NE, Fridley. In lieu of flowers memorials are preferred to Sharing and Caring Hands or donor’s choice. Private interment at Lakewood Cemetery, Minneapolis.

To order memorial trees or send flowers to the family in memory of Roger Harmon, please visit our flower store.