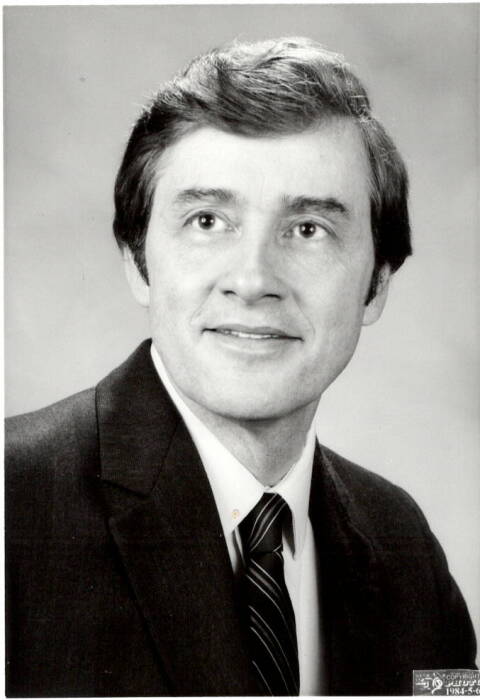 Stanley E. Hardwick passed away peacefully with his family at his side on March 28, 2021 — both Passover and Palm Sunday — in St. Paul, MN. He was 85. He is survived by his wife of 62 years, Joyce, daughters Kimberly (Christopher) Carlson and Susan (James) Nordby, grandsons David Carlson, Michael and Matthew Nordby, and brothers Robert (Barbara), Thomas (Jan), and Leonard Hardwick.

Stan was born to Harry and Edith Hardwick on December 4,1935 in York, PA; their firstborn. He attended college in Nyack, New York, and excelled in academics, student leadership, and on the basketball court. While there he met and married Joyce Harper, a fellow student. (Hardwick and Harper were seated next to one another!)

He received his doctorate at New York University in 1964, and did additional graduate work at Princeton University. A student of languages, he spoke and/or read German, French, Greek, Hebrew, Arabic, Aramaic, Syriac, Latin, Ugaritic and Accadian at that time.

He began his teaching career at Princeton, and was appointed professor at New York (Biblical) Seminary in 1965. The family moved to Minnesota in 1967, where he taught Hebrew and Old Testament studies to students at Bethel Seminary for over a decade. He led tours to Israel in 1970 and 1972, and also distinguished himself at handball and chess. He subsequently attended Harvard Business School on a fellowship and worked in real estate until his retirement. He liked helping people find their homes.

He was grateful for and enjoyed his family, getting to know people in general, nature’s beauty, competitive games and sports, writing and editing, and reading in psychology and many other fields. In later years he also enjoyed local restaurants, music, and arts, staying active, and investing in the stock market. He was experienced by many as a calm, intelligent, gracious and caring presence who also enjoyed stories and humor. The last 21 “bonus years” after his first cardiac arrest were a true gift. Despite his health challenges, he preferred to find something positive to focus on. He was ready to go home. We believe this song reflects the Father’s heart toward his:

A private family service is to be held April 5th. We appreciate the expressions of support. Memorials preferred to Bethel University — centerpiece of his career, alma mater of his daughters, and current school of two of his grandsons.

In lieu of flowers, memorials may be directed to:

To order memorial trees or send flowers to the family in memory of Stanley Hardwick, please visit our flower store.