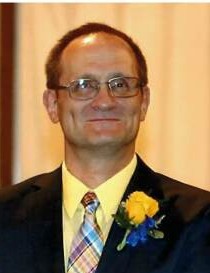 Steven David Reitmeier of Andover, MN was born on December 4th, 1954 to Charles and Doloris (Roragen) Reitmeier in the town of Crookston, MN. The family moved to Fosston, MN in 1955 and he grew up there. In high school, he enjoyed playing basketball and football, singing in choirs, playing the trombone in the marching band, and he was the senior class president. After high school, Steve went to Bemidji State University, graduating in 1980.

Steve was working at a drugstore in Bemidji, MN after graduation and it was there he met his future wife Patty. He soon began his first professional accounting position at a computer components manufacturing company in Bemidji. Patty and Steve were united in marriage on October 16th 1982. They were blessed with the birth of their first daughter Amanda in 1984, followed by Charity in 1985, and Stephanie in 1987. After a few years working in manufacturing, Steve felt drawn to the field of health care, an area where he was worked as an accountant for the past 33 years. Steve found his past 24 years working with Fairview Home Health and Hospice (now Accent Care) very rewarding.

Steve passed away at home under hospice care on December 31st, 2020 after a short, brutal battle with cancer. Steve loved music and was a part of many praise bands and choirs over the years. He enjoyed watching sports and going to plays and concerts, especially if his kids were involved! He loved to travel and he and Patty had many wonderful adventures together. He was a loving and faithful husband, father, brother, son and friend. He was kind, generous, hard working and big hearted. He was a lifelong follower of Jesus Christ. We will miss him forever but are comforted that he is at home in the arms of his savior.

To order memorial trees or send flowers to the family in memory of Steven Reitmeier, please visit our flower store.