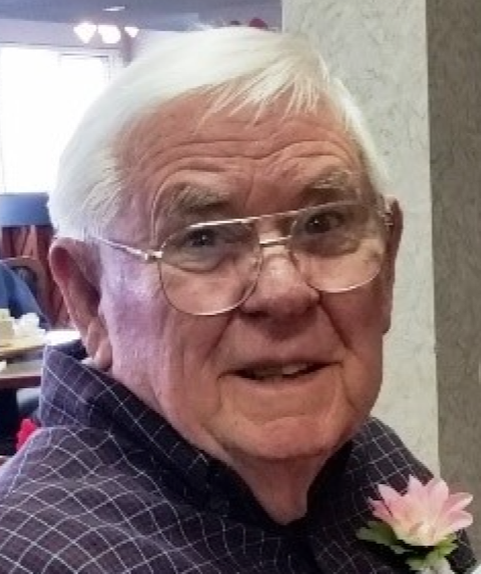 
Ward Wilkins was born at home in Valley City, ND, on November 26, 1927.  He passed away peacefully at Walker Plaza, Anoka, on September 22, 2021.  Ward attended public schools in Valley City, graduating from high school in 1945 and from Valley City State Teachers College in 1950.  He received his masters degree from the University of Montana and did post graduate work there, and at several other universities.  Ward was a proud veteran of the United States Navy having enlisted after high school.  He received his basic training as WWII was ending, and then served for the duration of the Korean War (1951-53) with the Seventh Fleet on the Western Sea Frontier.

Ward and Mary Lou Peterson were married in Leal, ND on April 18, 1954.  They made their home in Havre, MT for nine  years where Ward taught English and History at the junior high.  Mary Lou taught elementary school for a short time before they started their family.  In 1963 the family moved to St. Cloud, MN where Ward was employed at St. Cloud State College in the Education Department as an instructor and student teacher supervisor. During this time Ward established many relationships with educators in Anoka Hennepin District 11.  In 1966 the family moved to Anoka/Coon Rapids where Ward served as a respected principal for 21 years.  He was the first principal of Hoover Elementary and later moved to Franklin Elementary.  He retired from District 11 in 1987 to become an adjunct staff member at St. Cloud State, once again supervising student teachers.

Ward’s major avocations were travel, writing, and history.   He was an active member of the United Methodist Church of Anoka, the American Legion, and the Anoka Kiwanis Club, receiving his club’s Kiwanian of the Year Award in 2001.  He greatly enjoyed his many friends and colleagues from all walks of life.

Ward was a sports enthusiast since his childhood days, and was briefly involved with sports writing before deciding on a career in education.  He retained his interest in writing by self publishing four memoirs chronicling important times in his life;  growing up during the Great Depression, the WWII years, experiences as an educator, and traveling the country in their van.

He was preceded in death by his parents Walter and Lily, his brother Wayne (Dorothy), and sisters Dolly (Deforest) Peterson, and Della Mae (William) Easterday.

Services will be held at the United Methodist Church of Anoka (850 South St. Anoka, MN 55303) Saturday, Oct 9 at 2:00 with visitation one hour prior.  Refreshments will be  served after the service.  Burial will be at Ft. Snelling National Cemetery at a later date.  If not vaccinated, please test prior.  Masks and social distancing required for all.  The service will also be live streamed at www.MillerFuneralfridley.com

In lieu of flowers, donations may be made in Ward’s memory to: Yellowstone Boys and Girls Ranch https://yellowstonefoundation.org/donate

Please click here to view the video tribute
To order memorial trees or send flowers to the family in memory of Ward Wilkins, please visit our flower store.