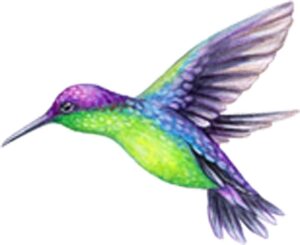 Carol Joan Forsell was the second of four children born of Albert and Opal (Sherman) Forsell of Twin Valley, MN on August 29, 1936 on the family farm in Norman County, Fossum Township. Carol passed away unexpectedly at home, December 30, 2020.

Carol was an active 4-H member, attended Webster School #11, a one room country school graduating Twin Valley High School as Class Valedictorian of 1954. Carol graduated from the University of Minnesota with a BS degree in Medical Technology (1958), a member of Alpha Delta Theta, and a lifelong Gophers athletics fan. She worked her 45 year professional career at Methodist Hospital, St. Louis Park, MN as a chemist from 1958 to 2003. She was well respected at Methodist Hospital and even after retirement was asked to return to work part time.

Carol met her husband Jack at Mount Olivet Church, Minneapolis where he helped teach Sunday school. After a weekend retreat at Cathedral of the Pines Camp, they began what would be a 60 year relationship with their first date at the St. Paul Auto Show accompanied by Jack’s niece, Mary Williams.

Friends and family were important to Carol. She remained in contact with her friends from Twin Valley and New Brighton, along with friends from church and work. She was an avid reader and had at least 6 books and ready to go when she finished her current read. She was a crossword master, a devoted gardener, and a lifelong athlete. Into retirement she swam, practiced yoga, or lifted weights 5am daily at the YMCA, before her morning coffee and crossword. Carol was a fervent supporter of her children’s athletic teams, including stepping in to coach when necessary. Her gardens gave her joy and were a source of beauty for those taking their neighborhood walk.

In retirement, Carol and Jack relocated their home in to Coon Rapids, MN and enjoyed a neighborhood group of friends for 27 years. Carol invested in her community through volunteering at local schools and food shelf. Through the years she and Jack maintained their commitment to and were sustained in their Christian Faith at Atonement Lutheran Church. Adventure and travel was also a passion for Carol and Jack visited almost all fifty states in their camper, only missing out on her dream to visit Alaska.

In 2019, she and Jack relocated to New Brighton’s, Meadowood Shores to be closer to Atonement Lutheran Church. Jack will continue to reside in the community at Brightondale Senior Campus.

Carol will be greatly missed by Jack, her daughter Susan (Brian) Earley, son Chris (Kellie, Jacob) Duoos, her sister Gail (Richard) Pierson, and her brother Dennis (Elaine) Forsell. She was preceded in death by her sister, Jenny Vergin. She was a beloved mother, sister, aunt, cousin, and friend to many. A celebration of life will follow at a later date in 2021. Memorial gifts will contribute to a memorial bench to be placed at Wild Rice Lutheran Church.

To send flowers to the family or plant a tree in memory of Carol Joan (Forsell) Duoos, please visit our floral store.

Your browser does not support this video format. You should be able to view it in Chrome, Safari or Internet Explorer.

You can still show your support by sending flowers directly to the family, or by planting a memorial tree in the memory of Carol Joan (Forsell) Duoos