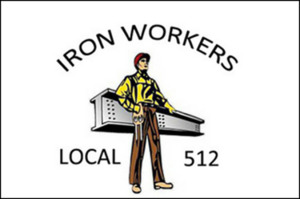 Lloyd Carl Mavis went to be with the Lord on July 11th, 2020 at his residence at Johanna Shores Presbyterian Home in Arden Hills, MN. He was 97 years old.

Lloyd is survived by his wife Olga, son Allen and his wife Robin; daughters Carol Prior (Gary) and Linda Vaughan (Glen) of California; brother Duane ( the late Mary Jane), and many grandchildren, great-grandchildren, nieces and nephews.

Lloyd was a proud member of the Local Ironworkers Union 512 and was on the crew that built the iconic IDS building in Minneapolis. For many years he was a landlord and enjoyed being a handyman to many in his later years. He also was an avid accordion player and enjoyed dancing polka throughout the Midwest.

To send flowers to the family or plant a tree in memory of Lloyd Carl Mavis, please visit our floral store.

You can still show your support by sending flowers directly to the family, or by planting a memorial tree in the memory of Lloyd Carl Mavis
Share a memory
© 2020 Miller Funeral Home. All Rights Reserved. Funeral Home website by CFS & TA